Another successful year for the East Barnet festival 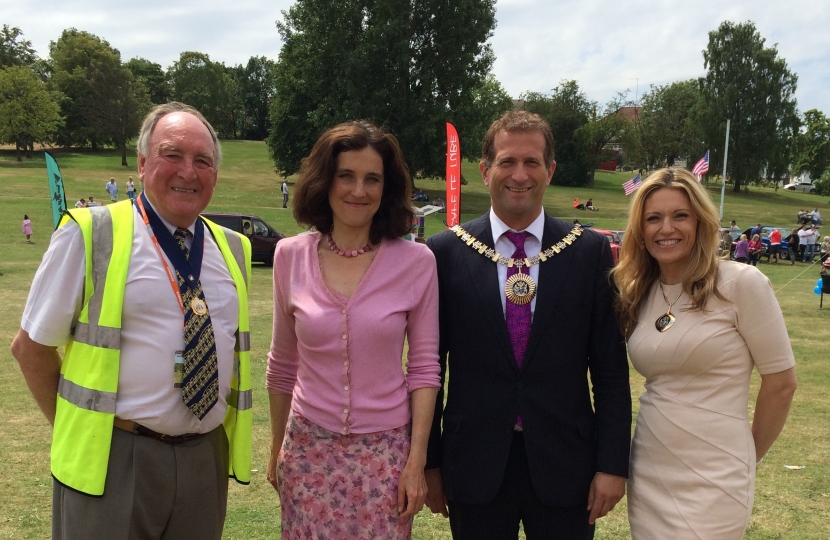 Following the event, Theresa Villiers said “I have been coming to the East Barnet Festival for over a decade now. Every year it gets bigger and better. I enjoyed my walk round the festival including some time at the two music stages and the big top. I was impressed by the quality of the performances including from a Canadian Dance Troupe – the Calgary Dance Express. By popular demand, this group was invited back for a second year at the festival.”

“The festival provided an excellent opportunity for me to catch up with some of the many community groups represented there, as well as enjoying the entertainment.”

“I pay tribute to Pam Edwards, Barry Swain, Cllr Anne-Marie Pearce and all the other volunteers who make the festival happen every year. They all work incredibly hard to put on this great event and I warmly thank them for it. It is great to see the festival reach its 21st year as a much valued part of community life in Barnet.”