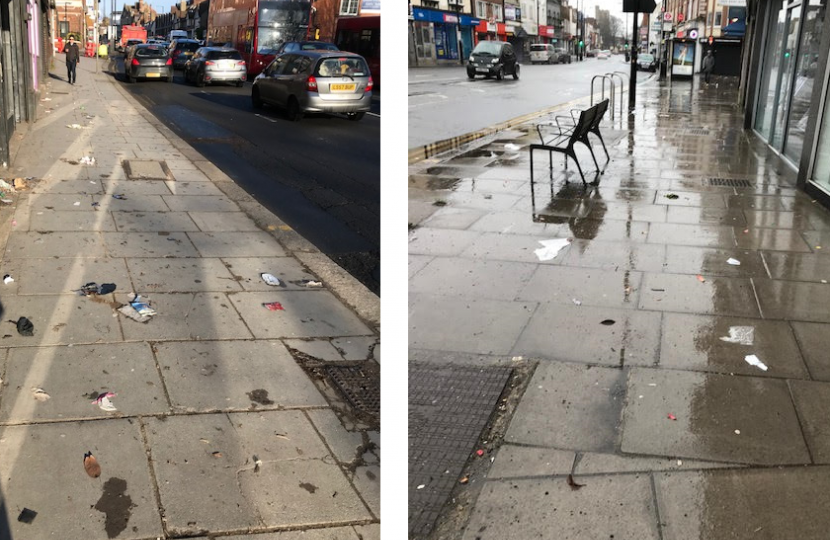 Litter can have a serious impact on quality of life, it creates an eyesore which damages our local environment, and it can be a real hazard for wildlife. Theresa Villiers has been taking action on litter and has posted this update on her campaign to make Barnet a cleaner place...

"I hate litter and I know many of my constituents in Barnet hate it as well. I cannot understand why so many people drop litter and create problems for other people to clear up. I have been campaigning for some years for action to tackle litter.

I know that the Government wants to bring about real improvements in the cleanliness of our country and a cultural shift to make littering far more socially unacceptable. The maximum fixed penalty for dropping litter has been almost doubled from the current limit of £80 to £150, and councils have been given new powers to impose civil penalties on the keepers of vehicles from which litter is thrown, even if it was discarded by someone else.

When I was Environment Secretary, I introduced a ground-breaking new Environment Bill to Parliament. This contains a host of measures to cut down on waste and ensure it is properly disposed of. That includes:

During my time as Secretary of State, I met food retailers to urge them to take responsibility for the food and drink packaging which is littered. I also gave official Government backing to the Great British Spring Clean. Around half a million people got involved in this Keep Britain Tidy volunteer litter pick last year and I spoke at the formal parliamentary launch of the 2020 campaign.

My concern about litter predates my tenure as the member of the Cabinet with responsibility for it. I have taken part in many litter-picks in my constituency and plan to get involved in the Great British Spring Clean again this year. It runs from 20th March to the 13th April. I will be encouraging residents, schools and local groups to join me in collecting litter.

Back in 2018, I tabled a debate in Parliament on litter and fly tipping. I used this debate as an opportunity to challenge Ministers regarding progress on their National Litter Strategy, which aims to apply best practice in education, enforcement and infrastructure to deliver a substantial reduction in litter and associated behaviour. I also met Highways England to push them to do more to keep our roadsides free of litter.

I find that litter and fly tipping is an issue which often comes up at community group meetings which I attend, for example at the Chipping Barnet Town Team, made up of local residents’ groups.

I am in regular touch with Barnet Council taking up concerns about litter, urging them to improve street cleaning. I frequently report examples of problem litter to the council to ask them to clear it up (including doing that about litter in Barnet High Street just a few days ago). I helped persuade the council to provide an addition of £500,000 to the street cleaning budget last year."