Barnet MP calls for a rethink on planning reforms 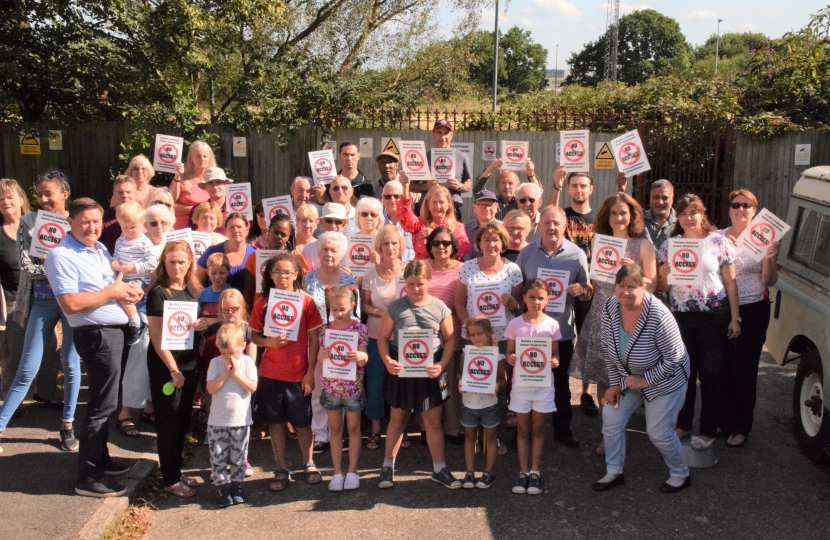 Published last year, this consultation document is due to form the basis of a Planning Bill which was announced in the Gracious Speech on Tuesday and which is expected to be published in the autumn.

In her contribution to the Queen’s Speech debate, Theresa praised a number of measures in the Government’s ambitious programme of Bills for the new session of Parliament, but went on to express grave concerns about what might be contained in the forthcoming Planning Bill, saying:

“In December last year, more than 2,000 local councillors signed an open letter against key proposals in the “Planning for the future” White Paper. This would see England divided into Growth, Renewal and Protected zones.

Local democratic input into planning decisions would be removed altogether in areas designated for growth. That means there would be many thousands of developments over which local people would have no say at all.

There would be no planning application to which to object, so the big campaigns led by residents, with which we are all so familiar, would become a matter of history.

The White Paper’s proposed substitute for the planning process in such growth zones is greater community input into the local plan, but that is just not an adequate replacement.

It will require people to anticipate, potentially years in advance, proposals that might conceivably affect them in the future. Moreover, a drastic reduction is envisaged in the time allowed to complete a local plan, inevitably meaning less input from the public, not more.

Even in areas where planning applications would still be necessary, the White Paper proposes that, under the guise of simplifying and speeding up the process of creating a local plan, general development management policies should be set nationally.

Deployed at local level, those policies currently perform a vital role in preventing overdevelopment. Removing this tool from planning committees and subjecting the whole of England to a one-size-fits-all model, imposed centrally, could give the green light to many high-density building proposals previously blocked by locally elected councillors.

In the weeks ahead, as Ministers take final decisions on the planning Bill, I appeal to them to drop those aspects of the white paper that reduce democratic involvement in the planning system. It is not too late to come up with planning reforms that help us to deliver the homes we need, but do so with the consent and support of local communities, not by imposition against their will. I urge Ministers to do that, and I look forward to working with them on this important goal.”

Theresa Villiers has a long track record of campaigning to stop inappropriate building proposals in her constituency. She has been at the forefront of many campaigns against overdevelopment, including planning applications for Whalebones and Victoria Quarter which have recently been turned down by the Barnet Council planning committee.

She is strongly opposing proposals to add over a 1000 flats to the new blocks to be constructed at North London Business Park and is also fighting plans by the Mayor of London to build over station car parks at High Barnet, Cockfosters and Arnos Grove.

Theresa highlighted concerns about planning reforms this morning on BBC Politics London (available here the BBC iPlayer) and also published an article on this issue in The Times Red Box column which you can read here.

Theresa Villiers MP has taken a leading public role in challenging the Government’s proposals on planning reform. She believes that a number of the measures outline in last year’s Planning for the Future White Paper should be dropped.