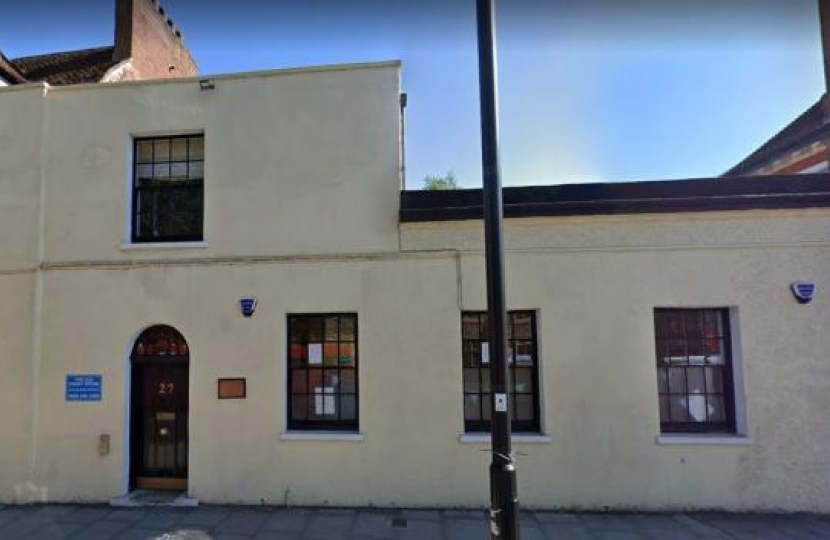 Barnet MP, Theresa Villiers, has welcomed the expansion of a local GP practice in High Barnet.

A long-time campaigner for expanded GP services in her constituency, Theresa backed a recent planning application from the Old Courthouse Surgery in Wood Street to enable them to extend their building and improve facilities for patients. This application received the green light from the Chipping Barnet Area planning committee at a meeting at Hendon Town Hall on 10th February.

Theresa advised the GPs on how to build local support for their application and attended an initial meeting at which it was due to be considered by the planning committee.

Her representations to the committee included the following statement: “I’m someone who has always strongly defended all the conservation areas in my constituency. But having done that, I am firmly of the view that this application respects the character of Grade II listed building which houses the surgery, and is consistent with the principles governing the conservation area.

I would argue that the design is sensitive to its setting and would amount to a proportionate expansion of the existing building. It would be not be in any way visually obtrusive and I do not believe that it would detract from the special character of 27 Wood Street.

I’m sure everyone in this room would agree that we need expanded GP services. This was a significant issue in the recent election. If that is going to happen, then we need physical expansion of GP surgeries as well as additional funding and more doctors.

As is the case in much of Barnet, the patient list at the surgery has grown considerably and construction of a new 100 bed care home just down the road will mean even greater pressure.

The NHS’s own long term plan emphasises the crucial importance of expanding primary care. It also requires GPs to work in multi-disciplinary teams with other professionals such as physiotherapists, pharmacists and paramedics.

They simply won’t be able to do this if you reject their planning application. This extension is vital if the Wood Street GPs are to benefit from the funding being made available to them to expand their practice.

It’s also vital if they are going to deliver a standard of facility and accessibility that patients are entitled to expect from a modern NHS service.

So I would urge the committee to accept the application on the grounds that expanding the surgery will deliver significant public benefit and that the application has been carefully designed to avoid any detriment to the listed status of the building.”

The decision was initially scheduled for January but was deferred to 11th February, when the planning committee gave the plans the go ahead.

Theresa has also supported other GP practices in seeking funding and planning permission for expansion.