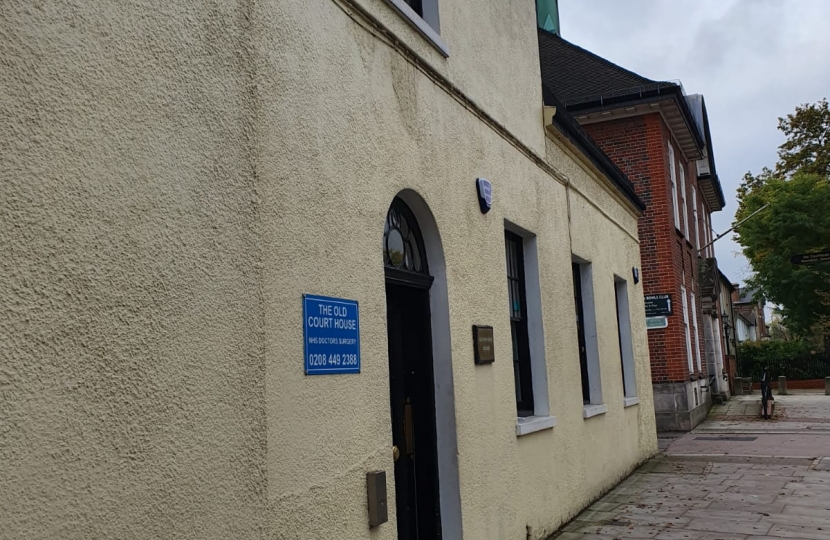 MP Theresa Villiers is supporting plans to extend the Wood Street GP surgery in High Barnet because of the pressing need for expanded GP services in the constituency.

In a letter to Barnet Council planners, Theresa said the proposed first-floor side and rear extension on the listed building would be in keeping with the conservation area and give the surgery more space.

“I understand that over the past five years the patient list has increased by over 1000. I am in no doubt that this will continue, not least because a large care home is opening just up the road in the premises previously occupied by the NHS and the Marie Foster Centre,” Theresa explained in the letter.

“I have a record of strongly defending the integrity of conservation areas in my constituency. Having considered the application carefully, and discussed it with the GPs at the practice, I believe that the plans put forward are consistent with the requirements of the conservation area.”

She added: “There is a pressing need to expand GP practices in Barnet as our population grows. Looking after an increasingly large number of frail elderly people in our community is another reason why we need to increase GP capacity."

Theresa has also welcomed the resources given by the NHS to increase the number of GP appointments available locally. She has supported GP surgery expansion plans in other areas such as Whetstone.