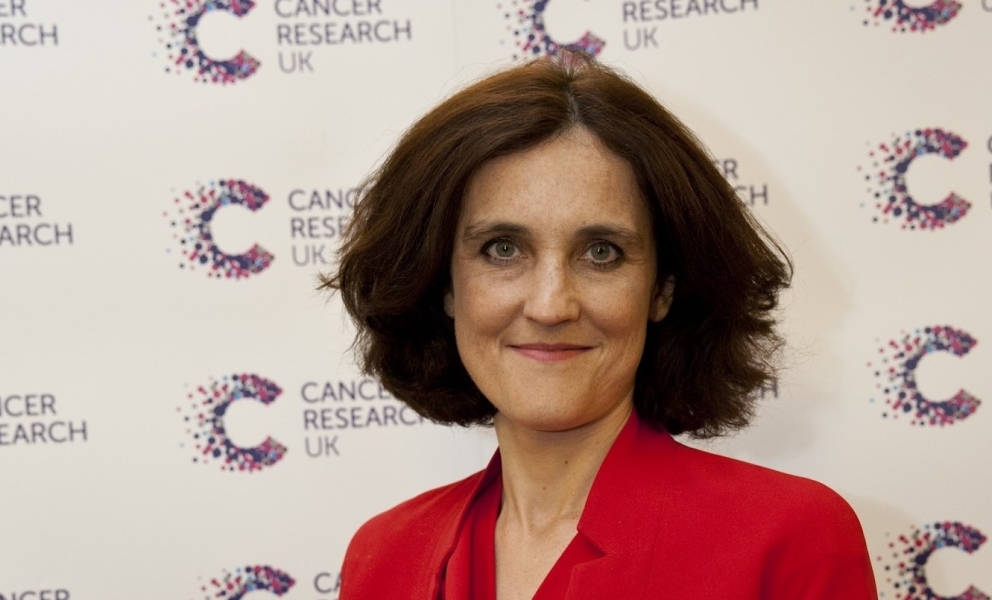 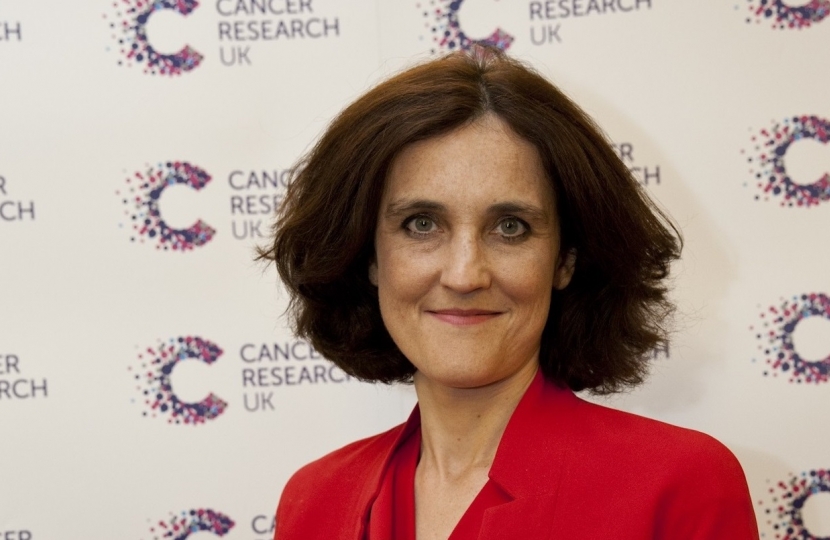 Chipping Barnet MP Theresa Villiers has signed a cross-party joint letter from 125 MPs and peers to the Prime Minister asking Mrs May to back a life-saving appeal from Cancer Research UK for more NHS cancer staff.

Theresa is supporting the charity’s drive for more NHS staff to diagnose and treat the disease. She was convinced to back the #ShoulderToShoulder campaign after being persuaded by her constituent, Eshitha Vaz, who is Cancer Research Ambassador for the Chipping Barnet parliamentary constituency. Theresa and Eshitha met in Parliament to discuss this important issue.

Increasing the NHS’s capacity for early diagnosis would improve cancer survival rates. Cancer Research UK and its ambassadors want the government to commit to training and employing more NHS staff to diagnose and treat cancer earlier, because catching the disease at an early stage gives patients a better chance of surviving.

“Great work is undertaken by the NHS every day to help diagnose and treat cancer. More people are surviving cancer than ever before but we need to do more. That is why I am supporting Cancer Research UK’s Should to Shoulder campaign” said Theresa.

“The performance of our NHS in Barnet in relation to cancer is very much in line with the rest of England or better, but the number of cases will rise in years to come, and it’s vital that we have an NHS which is fit to deliver world-class care for all cancer patients.

“The Prime Minister’s announcement at the weekend of £20 billion of extra funding for the NHS by 2023 is very welcome. As the NHS celebrates its 70th birthday, its plan for the future which this new funding will support needs to include more staff doing specialist work to diagnose and treat cancer as early as possible so that more people can beat this disease.”

Cancer Research are calling for investment in key professions, including radiographers and radiologists who carry out and interpret scans such as MRIs, endoscopists who look inside the body by inserting a tiny camera, and pathologists who look for abnormal cells, as well as oncologists, nurses and surgeons.