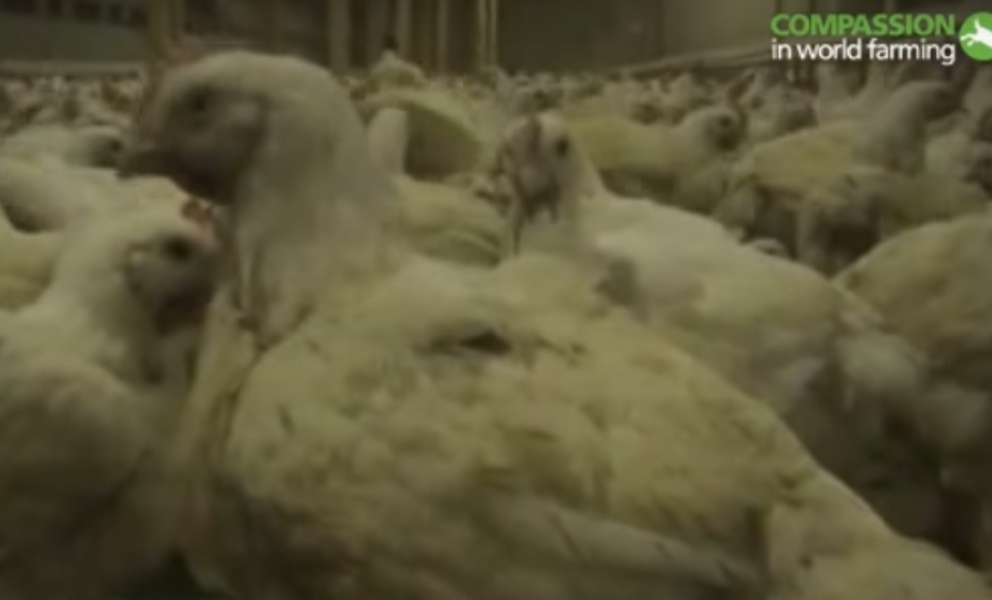 Improving animal welfare in farming is on the agenda in Parliament, thanks to a debate tabled by Theresa Villiers, MP for Chipping Barnet. Taking place in Westminster Hall, this debate will give MPs from all parties the chance to express their support for maintaining and strengthening the rules on farm animal welfare when the UK leaves the EU. Theresa has written the following article setting out some of the themes likely to be considered.

“High standards of animal welfare are one of hallmarks of a civilised society. We have a long tradition in this country of protecting animals, often many years before others follow.

At present, around 80% of animal welfare rules are part of EU law. Leaving the EU means we have chance to reaffirm our support for the highest standards of animal welfare. It also gives us the opportunity to strengthen protection for animals as we design a new system of farm support to replace the Common Agricultural Policy (CAP).

In the debate I have tabled in Parliament, I will call on the Government to ensure that the forthcoming Great Repeal Bill maintains animal welfare standards at a level at least as high as they are today. That does not necessarily mean every dot and comma of EU law in this area needs to be set in stone. There may be legislative options which maintain prevailing standards, but deliver that outcome in a more flexible way that better suits our domestic circumstances. But the end result should be retention, not dilution, of laws which safeguard farm animals in this country; and our goal for the future should be further strengthening of that protection.

Food and farming is one of the most important sectors in the UK economy. Continued financial support for agriculture is vital if we are to maintain high animal welfare standards. Although there are methods which can keep the costs of maintaining animal welfare standards at reasonable levels, humane forms of agriculture will often cost more than intensive industrial production.

So agricultural support payments will be needed to ensure food produced with high welfare standards is not priced out of the market by cheaper less compassionate alternatives.

It will also be important to ensure that animal welfare is a significant consideration in future trade talks. We should not be afraid to ask those countries who wish to sell into our market to commit to acceptable standards of animal welfare. This should be reconcilable with WTO obligations, so long as a consistent approach is taken to different countries.

Quality, safety, traceability and compassionate treatment of animals should all be at the heart of the UK’s post-Brexit brand for food and farming. Our new system of financial support for agriculture should provide incentives for farmers to move away from industrial livestock production towards free range systems.

For example, there are real welfare concerns about intensive indoor production of meat (or broiler) chickens which can involve tens of thousands of birds housed in a single shed, with each one given less floor space than the size of an A4 sheet of paper. We should also be discouraging the use of zero-grazing methods which see dairy cows kept indoors all year round without any chance to graze outside. A review of the scientific literature by the European Food Safety Authority concluded that the risk of lameness and disease in was increased in cows kept in such conditions.

One of the reasons why we should discourage intensive farming methods is because they can lead to over-use of antibiotics to fend off diseases and infection caused by keeping animals in unnatural and crowded conditions which compromise their health and their immune responses. This is contributing to antibiotic resistance in treatment of illness in the human population.

Lastly I will urge Ministers to bring forward legislation to bring to an end the export of live animals for slaughter in mainland Europe (exports to Ireland across our land border don’t give rise to the same concerns and should continue). The enforcement of rules protecting animals transported over long distances is patchy and great suffering can occur. Live exports would probably have been banned long ago if Westminster not Brussels had been the decision-maker. I know that many of my constituents support a ban. It is time this cruel trade was stopped once and for all and I would like to see a ban come into force on the day we leave the EU.”