East Barnet baby clinic to be back in action 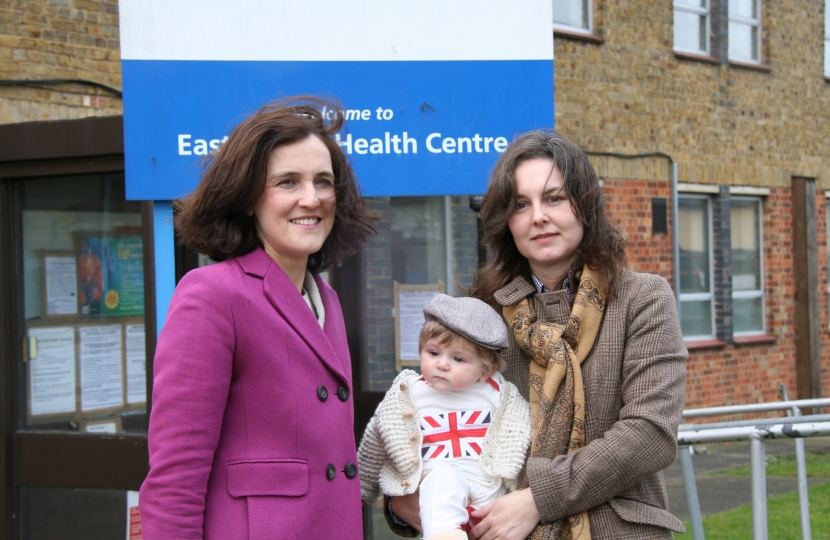 After pressure from local residents and Chipping Barnet MP, Theresa Villiers, the baby clinic at East Barnet Health Centre is scheduled to re-open on the 19th January.

East Barnet Health Centre was temporarily closed for refurbishment in 2014 and its services relocated to Vale Drive in High Barnet. This was only supposed to be for a few weeks, but the closure stretched into months. After a prolonged campaign by Theresa Villiers and concerned local residents, involving NHS Property Services, NHS England, NHS Barnet CCG, Barnet Council Health Overview and Scrutiny Committee and East Barnet GPs, the Centre was finally re-opened in October 2015. However, services connected to the baby clinic remained at their temporary home in Vale Drive: an awkward journey for young parents or carers trying to take a child on public transport.

Theresa Villiers said: “The East Barnet mother and baby clinic is a vital service. As well as monitoring children’s health, it helps parents to get the advice that they need. When the centre was closed, young families were left out in the cold with very little information on what was happening or when the centre would be re-opened. They were also having to undertake an inconvenient and time-consuming journey to the busy clinic at Vale Drive.”

“I very much welcome the news that we now have a firm timeframe for the re-opening of the clinic. I am concerned about how long this has taken and I will be keeping the pressure up to ensure that the re-opening now proceeds according to plan.”

Local resident and campaigner Jennifer Grocock, mother of 2 ½ year old Alfie, said “"I am delighted to hear that the baby clinic at East Barnet Health Centre will be re-opening on the 19th January.  Not having had the opportunity to utilise this facility for a great deal of time, it will be a welcome return indeed for all us with little ones. A valuable resource indeed."