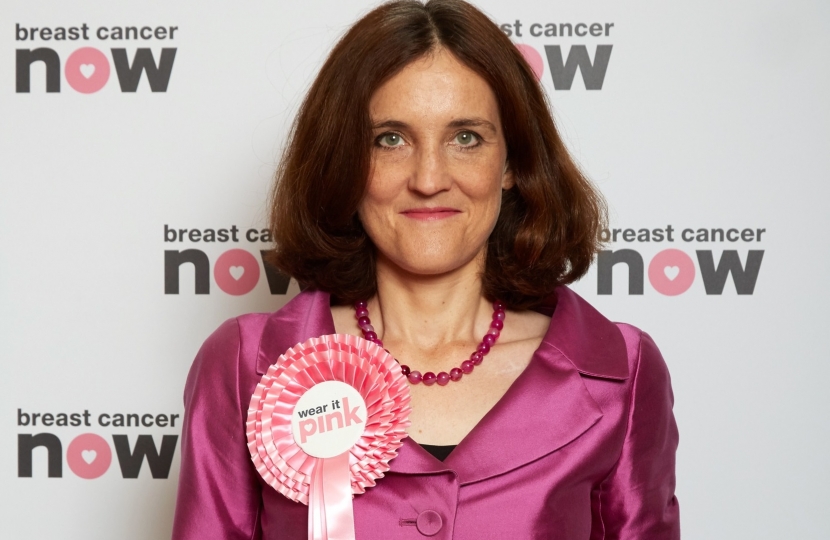 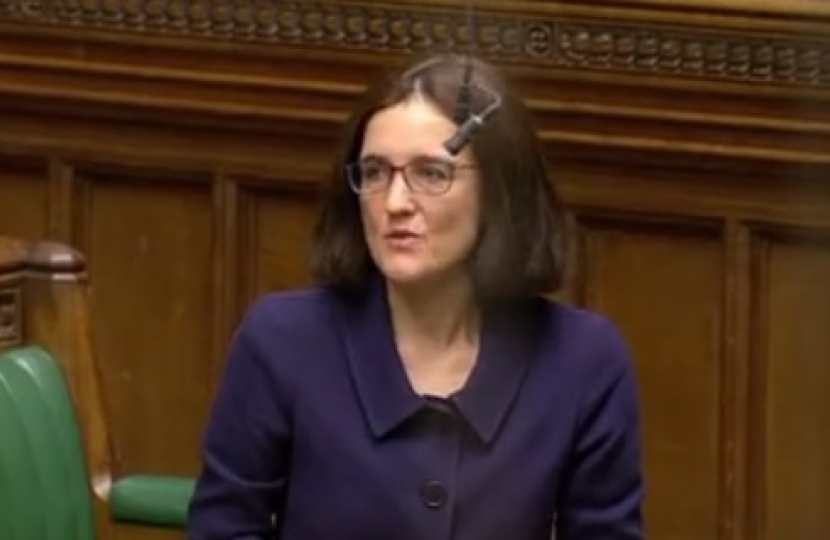 Following a cross-party campaign supported by Theresa Villiers MP, the drug Kadcyla will be made available by NHS England to people suffering from secondary breast cancer. Theresa had backed Breast Cancer Now’s campaign to make the life-prolonging drug, Kadcyla, available for routine use through the NHS, speaking up in Parliament and taking the case to the Secretary of State for Health.

Theresa took action in January this year after hearing from a constituent, Rosalie Marshall, who was suffering from secondary breast cancer who feared that she would not able to receive Kadcyla from the NHS when she needed it. In a Parliamentary debate on use of the drug, Theresa argued that a way should be found to fund the drug, which gives patients an average of an extra 6 months of life, with improved quality of life and fewer side-effects than the alternatives. She also took her constituent’s case to Health Secretary Jeremy Hunt, calling for the NHS and NICE to think again about their decision not to fund the drug.

On 15th June, Theresa was notified by NHS England that after a review by the independent National Institute for Health and Care Excellence (NICE) recommended Kadcyla as a cost-effective treatment, they had succeeded in striking a deal with manufacturer Roche to make Kadcyla available for routine use.

Theresa said: “I was profoundly moved when I heard about my constituent’s grave illness and the effect it was having on her and her young family. I was very concerned to learn that she was unlikely to be able to access Kadcyla treatment. So I called for NICE, NHS England and Roche to work together to find a solution. I very much welcome the news that constituents will now be given Kadcyla if they need it.”

Rosalie Marshall, a Barnet constituent and mother of two, said: "I’ve been absolutely thrilled to hear the news about Kadcyla. NICE reversing their decision means no more women dying unnecessarily when they could have years more with their families and friends.

“My fear about the cancer coming back is no longer the focus of my life. I can live knowing there is a drug for me if the disease returns, a drug that could extend my life by years. This removal of fear from my life and the life of my children means the whole world to me.

“I’d like to particularly thank Breast Cancer Now and all the MPs who spoke up for women like myself.”

Baroness Morgan, Chief Executive at Breast Cancer Now, said: “We want to congratulate and thank the hundreds of thousands of supporters across the country for their relentless campaigning to ensure this crucial lifeline drug is routinely available to those that need it.”

Theresa attended a meeting in Parliament in March hosted by the APPG on Breast Cancer to hear from NICE, NHS England, Roche and Pfizer on efforts to try to give patients access to the best drugs to treat cancer.