Backing the NHS in Barnet 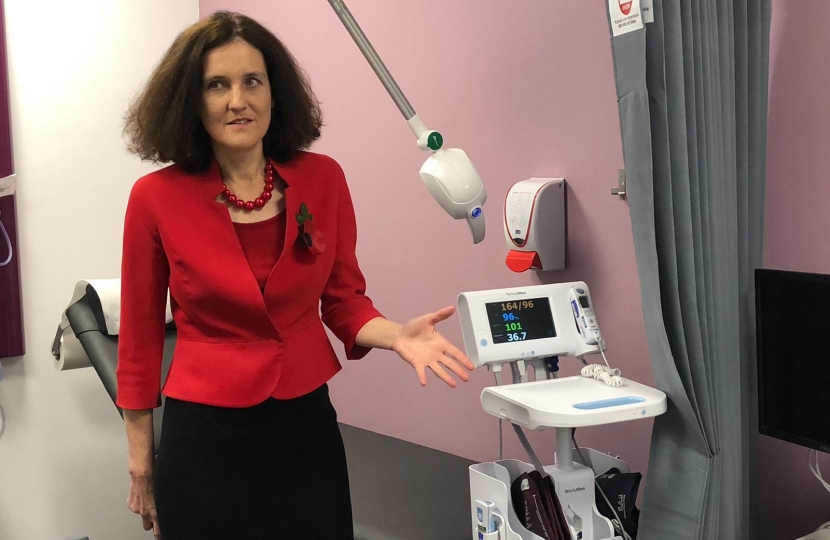 The NHS is the nation’s most trusted and respected public institution. I have always strongly supported the NHS and its values. The Conservatives will never privatise the NHS. The NHS is not for sale and never will be. The NHS will not be on the table in any future trade talks.

I pay tribute to the incredible work of all NHS staff – both clinical and non-clinical. We all owe them a big debt of gratitude. Throughout my 14 years as MP for Chipping Barnet, I have campaigned for the best NHS services for my constituents.

In our nine years in government, the Conservatives have been supporting the NHS with more funding to enable the service to respond to the challenges of rising demand and the ever more complex needs of patients. And the NHS is rising to the challenge. It is delivering more care than at any time in its 71 year history.

I know that Barnet residents are concerned about the time it takes a get to see their local GP. So I have been campaigning for an expansion of local GP services. I have raised this many times with Health Secretary, Matthew Hancock, and he has announced that under a majority Conservative Government, there will be 50 million more appointments in GP surgeries, more GPs, more pharmacists and easier ways to book appointments. Under the scheme unveiled a few days ago, the Conservatives will train another 500 GPs every year, starting in 2021/22. We want this to deliver another 3,000 doctors for the NHS by 2024/25. We have also set out plans to retain an extra 3,000 GPs — taking the total to 6,000 by the end of the next Parliament.

The Conservatives recognise that to build a stronger NHS capable of meeting the needs of a growing and ageing population it needs more resources.  So we will provide a cash increase NHS funding £33.9 billion extra a year within five years (compared with 2018/19). This is the longest and largest cash injection in the history of the NHS.

To ensure every £ of taxpayer’s money which supports the NHS gives the maximum benefit to patients, we asked the NHS to respond to our record funding increase with clinically-led NHS Long Term Plan (LTP) for the next ten years.

We’re upgrading and replacing outdated technology – for example swapping fax machines and pagers for more secure digital communications. We are funding 90 new MRI scanners, 57 CT scanners and 36 mammography devices across the country. The Royal Free is one of the hospitals due to receive new scanning equipment, meaning local people get better care.

I have campaigned for recruitment of specialist staff to help diagnose cancer at an earlier stage, so more people can beat this disease. So I welcomed the commitment on this announced in the NHS Long Term Plan. The Conservative Government has set the target that, by 2028, 75% of all cancers should detected at an early stage by 2028. This would save around 55,000 lives a year.

Over the years, I have been involved in many campaigns to improve and safeguard local NHS services. I fought successfully to secure the future of A&E at Barnet Hospital, achieving an expansion of services there. I was also part of the long campaign which has delivered a brand new £200m high-tech hospital at Chase Farm. I worked with residents to ensure health centres in East Barnet and Brunswick Park re-opened, and I persuaded Barnet Council to save local breast-feeding support services.

If I am re-elected as your MP, I will continue to campaign strongly in support of the NHS in Barnet. A strong economy is essential for a strong NHS so we can ensure it has the resources it needs to care for all of us. Only the Conservatives will deliver the economic success we need to fund the NHS to deliver world class care.