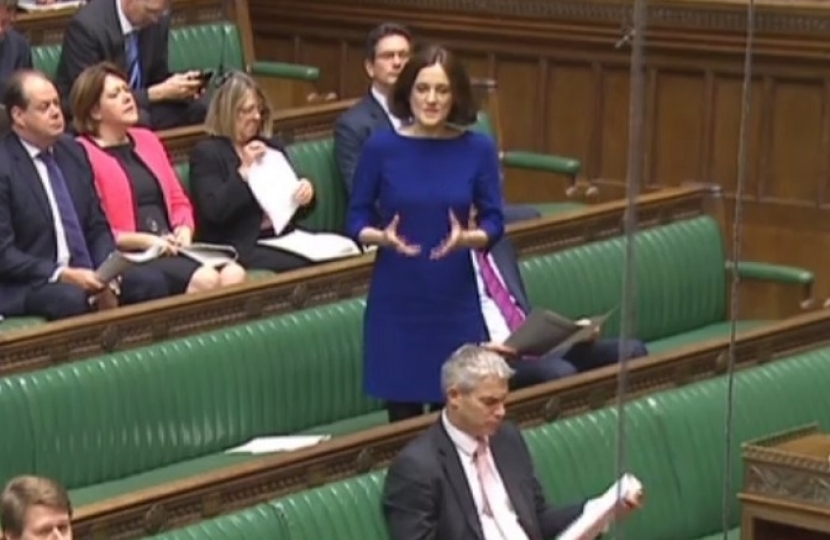 In the latest of a series of articles about key issues in the general election, Theresa Villiers, Conservative candidate for Chipping Barnet, sets out her support for the NHS and emphasises that the Conservatives are determined to deliver a strong economy so we can continue to support the NHS with the resources it needs....

"I have always been a strong supporter of the NHS. It is a much valued national institution. Knowing the NHS will be there when we need it is a source of comfort to all of us. I have great admiration for the people who work in the NHS; not only the doctors, nurses and clinical staff, but also the many thousands of people working in other roles which are also vital to ensuring patients get the care they need.

During my time as MP, I have campaigned in support of local NHS services. For example, when the health centres at Brunswick Park and East Barnet closed temporarily, I campaigned with residents to get them open again. When the future of Barnet Hospital’s facilities was in doubt during the long debate on the NHS’s “Barnet, Enfield and Haringey Strategy” proposed under the previous Labour Government, I successfully lobbied for a major expansion and improvement of A&E, maternity and children’s services at Barnet Hospital.

The Conservative manifesto makes a commitment to increase NHS spending by a minimum of £8 billion in real terms over the next five years, delivering a real increase in funding per head of the population for every year of the parliament. In addition, we have promised to undertake a major programme of investment in buildings and technology – one of the most extensive and ambitious the NHS has ever seen in its 68 year history.

Since taking office in 2010, the Conservatives have been backing the NHS with additional resources and we have also been working with NHS professionals to raise standards of care. For example, we have taken action to tackle the kind of cover-up culture which contributed to the scandals at hospitals such Mid Staffs and Morecambe Bay which occurred before we took office. We have introduced a more rigorous and more independent inspection regime.

In April, NHS England stated in an independent report that outcomes of care for most “major health conditions are dramatically better than three or five or ten years ago”. Cancer survival rates are at a record high, with 7,000 more people now beating the disease after NHS treatment, compared to just three years ago.

Compared to 2010 when the Conservatives took office, NHS England sees 2,300 more patients within the four-hour A&E target every single day. Last year, there were 2.4 million more A&E visits than 2010, 1.9 million more operations, 5.9 million more diagnostic tests, and 822,000 more people seen by a cancer specialist. The number of patients waiting over 52 weeks to start treatment has fallen from almost 18,500 in 2010 to 1,400. Hospital infections have also halved in that seven year period since 2010.

This can be contrasted with the situation in Wales where the devolved Labour government run the NHS. They cut the health budget by 8% - and one in seven people in Wales are on an NHS waiting list. One of the key cancer waiting time targets in Wales hasn’t been met for nearly nine years.

We are also determined to improve care and support for people suffering from mental health conditions. In Government, the Conservatives have legislated to require the NHS to give mental health the same importance as physical health. Since 2010 we have increased spending on mental health each year to a record £11.4 billion in 2016/17 and our manifesto commits us to a further investment of £1 billion by 2020/21. We have introduced the first-ever mental health access and waiting time standards. The Conservative manifesto contains a commitment to recruit up to 10,000 more mental health professionals, with a particular emphasis on help for children and young people.

Lastly, I want to emphasise that supporting the NHS depends on maintaining sound public finances and a stable economy. Without a strong economy, we cannot fund our health care system properly. That is why a vote for Theresa May and the Conservatives is so important on 8 June.

There can be no certainty about the outcome of the election. The polls have tightened. A loss of just six seats would cost Theresa May’s government its majority and create a hung Parliament. That would put Jeremy Corbyn in Downing Street as Prime Minister, propped up by the Lib Dems and SNP in a chaotic coalition. Labour’s reckless unfunded spending plans would damage the economy with more debt and this would harm this country’s ability to provide the NHS with the resources it needs."