Will 2016 see progress on Cyprus settlement? 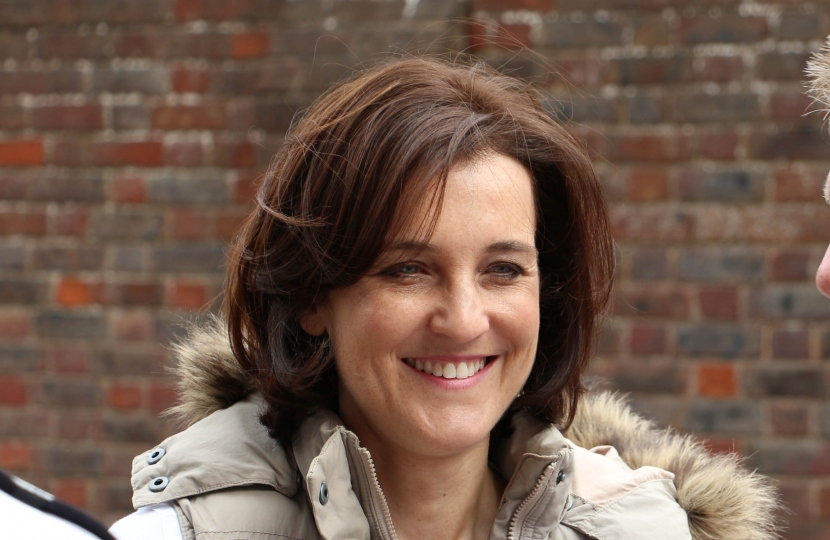 Theresa Villiers, MP for Chipping Barnet, has issued the following New Year message on matters relating to Cyprus and her British Cypriot constituents.

"As the holiday season comes to an end and we consider the year ahead, it is a good time to consider the prospects for a negotiated settlement in Cyprus.

There has been optimism in recent months that President Nicos Anastasiades and Turkish Cypriot leader, Mustapha Akinci, are two leaders who have the ability and determination to deliver progress. Both of them have a long track record of advocating a settlement. President Anastasiades continues to put forward sensible proposals aimed at delivering a workable and durable solution to reunite Cyprus. We all hope that a breakthrough might be possible over the course of 2016; but, as ever, much will depend on whether Ankara is prepared to let Cypriots decide their future for themselves.

Some good news to start the New Year with is the very positive working relationship between the UK and Cyprus Governments. The two administrations have a common approach on a range of issues and hopefully 2016 will provide further opportunities to work together on important shared goals.

Back home in Barnet, I welcome the fact that British Cypriot businesses are benefiting from the economic recovery we are seeing across the UK. The UK is the joint fastest growing major developed economy in the world, with low interest rates, record low inflation, falling unemployment and rising wages; the Conservative Government's long term economic plan is working. I would expect to see continued success stories in 2016 from businesses run by the Cypriot community in my constituency and around London.

I very much hope that London’s large and flourishing Cypriot community will play a significant role in the elections coming up this year for the Mayor and Greater London Assembly. British Cypriots are a crucial part of our community in the capital and it is important that their voice is heard in the decision on who will be the next Mayor of London. I hope as many as possible with back Conservative candidate, Zac Goldsmith, but the most important thing of all is that British Cypriots take part in the debate, get involved in the election, and turn out to vote.”