Why I backed a rebel amendment on food and standards 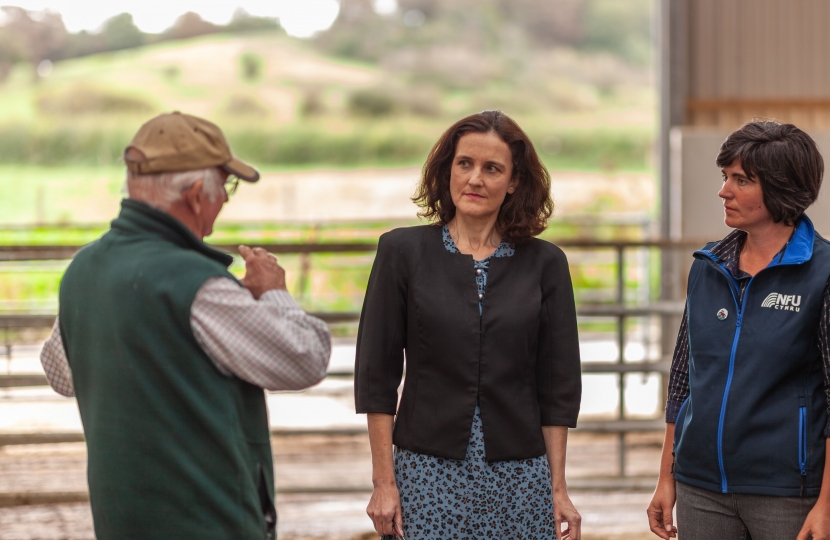 Chipping Barnet MP Theresa Villiers today explained why she rebelled against the Government this week over an amendment to the Agriculture Bill.

The former Environment Secretary backed Amendment 16, passed in the House of Lords, requiring food imported under new trade agreements to meet standards which are equivalent to UK ones.

She said UK trade negotiators should “stand firm” and refuse to remove restrictions or reduce tariffs on food unless it is produced to those UK animal welfare and environmental protection standards, including in any future US trade deal.

“I felt that voting in favour of the amendment and against the Government was important if I was going to live up the promises I made when I was Secretary of State,” Theresa said.

“Retaining our domestic rules on environmental stewardship and animal welfare will have less and less of an impact if an ever-increasing proportion of the food we eat is produced overseas according to rules which fall below ours and which would be illegal if deployed here.

“The UK market for food and groceries is the third largest in the world. It is a massive prize for any country to be allowed greater access to it. We should not sell ourselves short.”

Theresa explained that lower-welfare food such as US intensively-reared hormone-treated beef fed on soy was contributing to deforestation in the Amazon.

“I recognise the benefits of trade liberalisation, and our role as a global trading nation once again, but food security means care needs to be taken in relation to agriculture. That is why almost no country in the world treats food in the same way as other commodities when it comes to trade policy,” she added.

Theresa said she welcomed what was already in the Bill which establishes a new system of farm support to replace the EU’s Common Agricultural Policy. She introduced it to Parliament when she was Environment Secretary and strongly supports the new Environmental Land Management schemes it will set because they will help protect nature and biodiversity and tackle climate change.

She added that EU bans on chicken washed in disinfectant and beef treated with hormones have been transferred into UK law as part of the EU Withdrawal Act.