VILLIERS WELCOMES FALL IN CRIME TO LOWEST LEVEL SINCE 1981 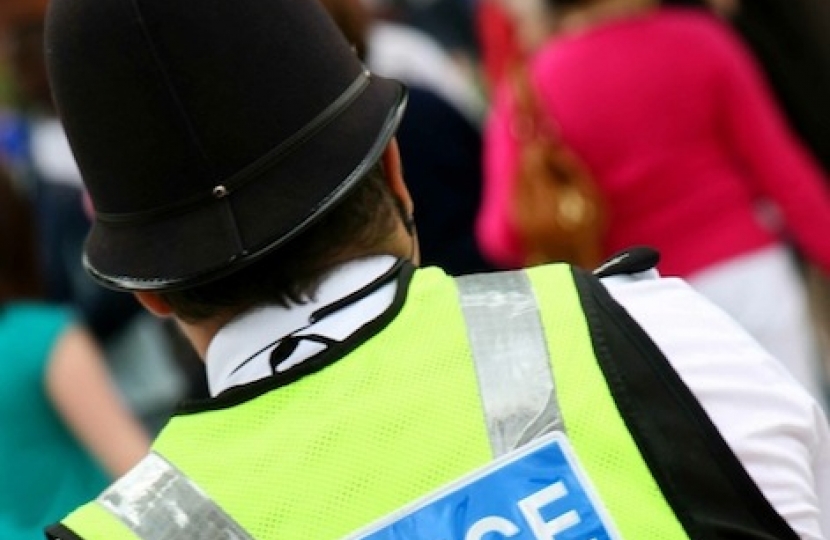 Theresa Villiers has welcomed statistics published yesterday which show that crime in England and Wales is now at its lowest level since 1981.

Theresa Villiers said: "Under Labour the police were getting bogged down in too much paperwork. This Conservative-led Government has cut red tape and given police just one simple target: cut crime. And that is what they are doing. Both recorded crime and the survey of people’s experience of crime show that crime has fallen by more than ten per cent under this Government."

"Our changes are working and crime is falling. We’re going to keep on making sure that we protect people who do the right thing, so they can feel safe on the streets and we can build better communities. I congratulate and thank all the police officers who have delivered these impressive results."

The following text is a letter Theresa has received from policing minister, Damian Green, about falling levels of crime:

The latest crime statistics bulletin for England and Wales was published yesterday by the Office for National Statistics (ONS) – Crime in England and Wales, year ending December 2013. The bulletin reports on two independent measures of crime: police recorded crime and the Crime Survey for England & Wales, which is based on victims’ experiences rather than police figures. Both measures show that crime has fallen by more than 10 per cent under this Government – yet further evidence that our police reforms are working.

This ONS bulletin shows that:

This is excellent news and demonstrates that police forces continue to rise to the challenge of making savings while continuing to cut crime and deliver a better service to the public.

Reinforcing the independence of crime statistics

This Government has a strong record on reinforcing the independence and accountability of crime statistics. One of the first things we did when we came into office was to transfer responsibility for crime statistics to the independent Office for National Statistics. Last June, we asked HM Inspectorate of Constabulary to carry out an audit of the quality of crime recording in every police force, and the Home Secretary has written to chief constables emphasising that the police must ensure that crimes are recorded accurately and honestly.

Other indicators also show that crime is falling – for example, National Health Service data shows the number of people admitted to hospital for assault is falling. So the evidence is clear: crime is falling and our police reforms are working.

England and Wales are safer today than they have been for decades – but there is always more to do. We need to keep pace with the way crime is changing and we are improving our ability to tackle emerging issues. The National Crime Agency is ensuring we can tackle the growing threat of serious and organised criminality. The agency also incorporates the new National Cyber Crime Unit, which is relentlessly pursuing cyber criminals. We are sticking to our long-term plan to keep hard-working, law-abiding people safe from crime.