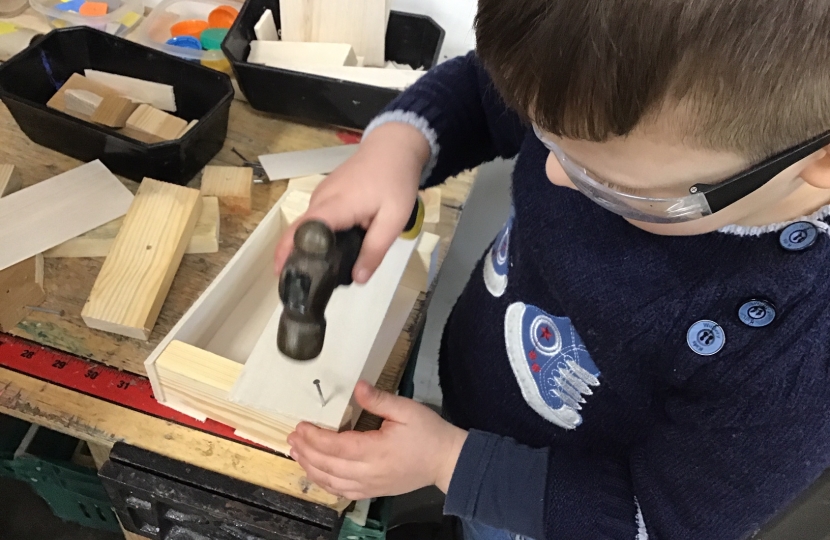 The Barnet Early Years Alliance (which includes Brookhill, Hampden Way and St Margaret’s nurseries in Theresa's constituency) is to receive £45,000; and Moss Hall in nearby North Finchley, is in line for a £15,000 cash injection from the authority.

Theresa has been campaigning for a long-term national funding settlement for maintained nurseries.

“I would like to thank Barnet Council and its lead member for education, Cllr David Longstaff, for recognising the great work these nurseries do for vulnerable and SEND children," she said, "this funding boost was urgently needed and it will help these schools."

"Although these funds are welcome, they will not solve the nurseries' financial problems. I am campaigning for Barnet maintained nursery schools to be included in the supplementary funding the Government has provided in other areas. Some real progress has been made and Ministers acknowledge that a fairer approach to distributing this funding is needed. But we're still waiting for a consultation on how reform will be taken forward."

“I will continue to talk to Children’s Minister Vicky Ford to make the case that long-term funding is vital for these nurseries, not just in Barnet, but across the country. The work they do is very different to other early years provision and is a much needed part of early years education.”

Theresa is the vice-chair of the All-Party Parliamentary Group (APPG) for Nursery Schools, Nursery & Reception Classes, which lobbied the Government to save maintained nursery schools which have been under threat since changes to the Early Years funding formula in 2016.