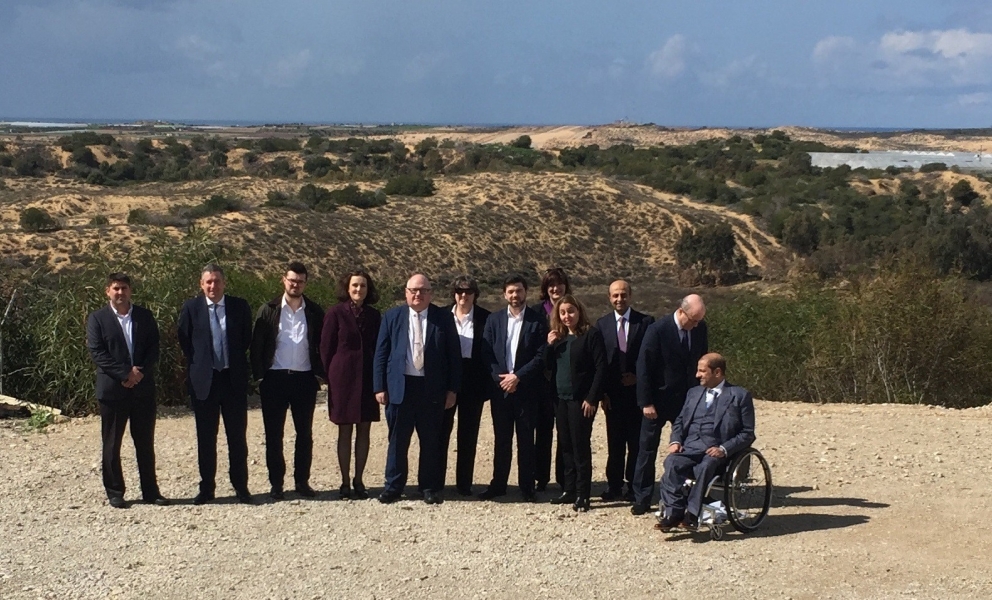 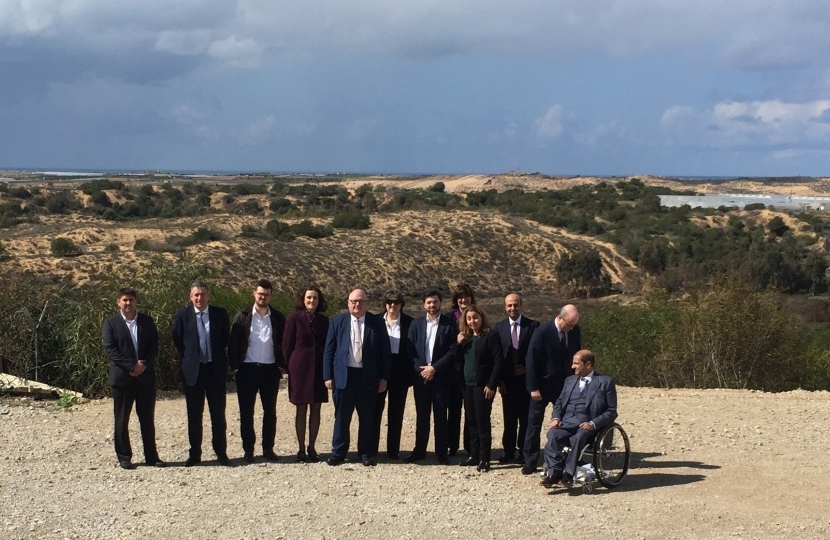 Chipping Barnet MP, Theresa Villiers, was part of a delegation of MPs who visited Israel and the West Bank from 12th to 17th February. The trip included meetings with ministers, members of the Knesset, journalists, academics, voluntary organisations and business figures.

Following the visit, Theresa Villiers said “Many of my constituents contact me regularly about Israel and the Middle East and I welcomed the opportunity to visit the area and meet people directly involved in efforts to bring long term peace and stability.”

“The visit provided me with valuable insight into a range of issues. It was heartening to see organisations like Beit Issie Shapiro and Save a Child’s Heart working to help vulnerable children from both sides of the long running divide. I also gained a better understanding of the security problems faced by Israel after a visit to Sderot which has had thousands of rockets and missiles fired at it from Gaza over recent years.”

“The group heard thoughtful presentations from commentators such as Jonathan Spyer, Professor Asher Susser and David Horovitz. We also gained real insight from meeting political figures including Yair Lapid, and Gilad Erdan. It was also helpful and informative to hear the PA perspective from Mohammed Shtayyeh.”

“At a time when so many other parts of the region are suffering from violent conflict, it was encouraging to see efforts to build prosperity and stability through projects like Rawabi, a new planned Palestinian city being built in the West Bank.

“While few people we met thought there was much likelihood that negotiations between the two sides would restart any time soon, there was still a real resolve to work towards the goal of achieving a negotiated settlement. The visit has given me renewed determination to support Israel and back efforts to reach a peace settlement.”

The delegation was led by the Sir Eric Pickles MP and included Nicky Morgan MP, Stephen Crabb MP, Lord Gadhia and Lord Polak. It was organised by Conservative Friends of Israel.

Meetings during the visit including the following: