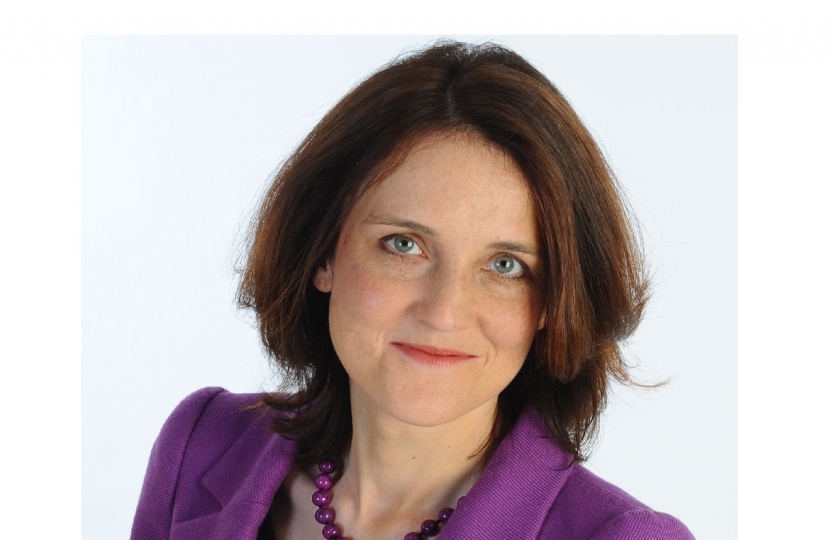 Theresa Villiers, MP for Chipping Barnet, attended the Manor Hill Greek School dinner at the weekend. A long time supporter of Manor Hill and other Greek schools in her constituency, Theresa has been attending this event for some years. The dinner is one of the biggest events on the calendar of the British Cypriot community in north London with around 500 parents, children, teachers and supporters attending.

Theresa gave a speech at the event, praising the work of Manor Hill Greek School and its head teacher, Michael Ellinas.

Theresa said: "Manor Hill Greek School provides excellent opportunities to children and young people in my constituency. When I was invited to present certificates to students, I saw for myself how strong the school's academic record is with so many A  and A* grades being achieved."

"I have been a strong supporter of Cyprus and the Cypriot community for many years. But I can only continue to do that if I am re-elected to Parliament on 7th May. I hope that you will turn out to support me so I can carry on my work for Cyprus and for efforts to reach a just, lasting and balanced solution to reunite the island so all Cypriots can live together once again."

Manor Hill Greek School has been running for 35 years and operates from the Totteridge Academy in Barnet Lane on Saturdays.