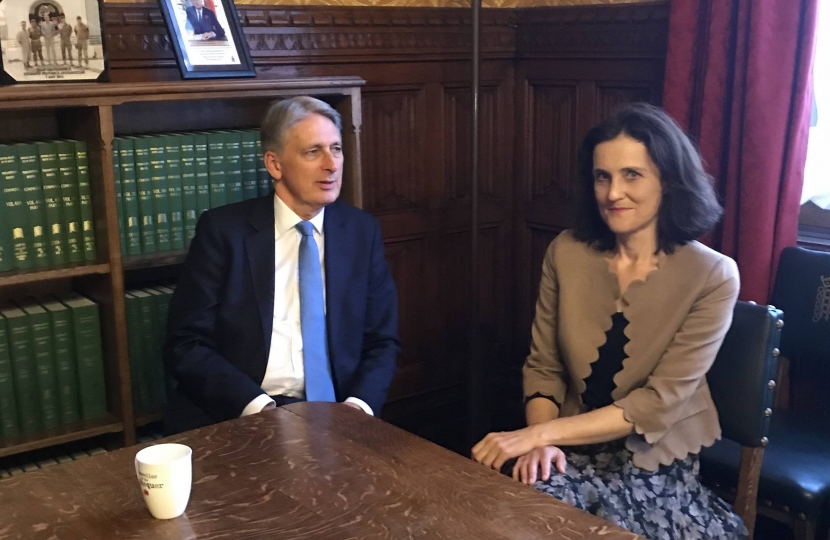 Theresa persuaded the Chancellor to give Barnet Council an extra £690,000 to improve roads for motorists and cyclists.

“When money for pothole repairs was announced in the Budget, I immediately asked how much Barnet would get, but initially I was told that London boroughs would get nothing,” said Theresa.

“I complained that this was unfair and took my case to the Transport Secretary and the Chancellor, and to other key figures in Government, to demand that Barnet was given some of this new funding.

“The Government has now confirmed that London will be included, so Barnet gets extra money for potholes after all. This is good news and shows that ministers listen.

“I will always stand up for my constituents and make the case for Barnet to get its fair share of resources whatever the obstacles.”