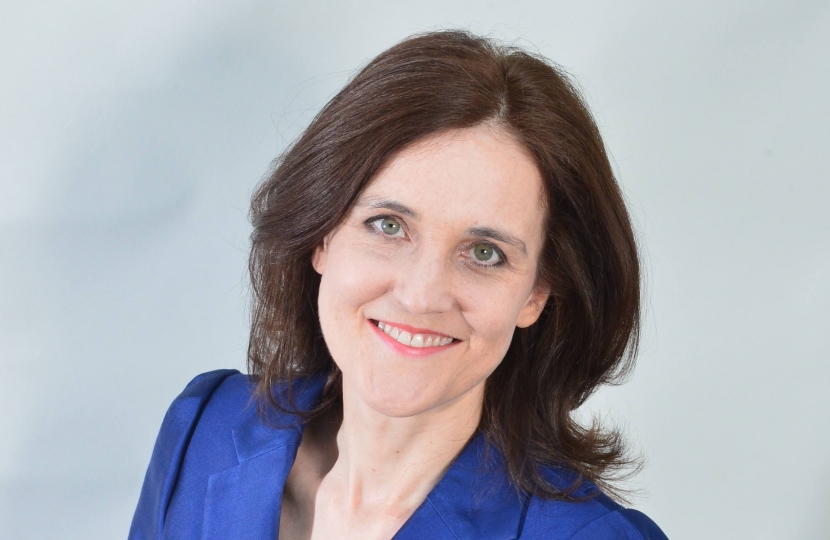 Theresa Villiers has been unanimously re-selected as the Conservative parliamentary candidate for the Chipping Barnet constituency.

At a meeting of the local Conservative party association on Sunday at their offices in Barnet High Street, Theresa told members she would continue to campaign to stop inappropriate development in the suburbs, to save Barnet police station, and to stand up for the NHS.

The Environment Secretary, who was first elected as Chipping Barnet MP in 2005, said: “I am thrilled to be confirmed as the Conservative candidate for Chipping Barnet at the next general election – an election I hope will come soon.

“I stand by my record of nearly 15 years’ service to my constituents as an effective champion for this great area.

"I am a strong supporter of our brilliant local schools, our high streets and town centres, and our NHS. I have always campaigned hard on the issues that matter to residents, such as getting more police on the beat and improving public transport.

“But there is much still to do because I meet people on the doorstep every week who are worried about crime. Many are also unhappy tube station car parks could have high rise flats built on them by the Mayor of London.

“When the general election is finally called, I very much hope the people of Chipping Barnet will look at my record of bringing NHS investment to our area and fighting to protect our local environment and green spaces.”

Theresa won the constituency in the 2017 general election with a majority of 353, making Chipping Barnet one of the most marginal seats in the country.

Chipping Barnet MP Theresa Villiers visited a Repair Café at the weekend to meet people who mend items for the public at no cost so they can carry on being used.