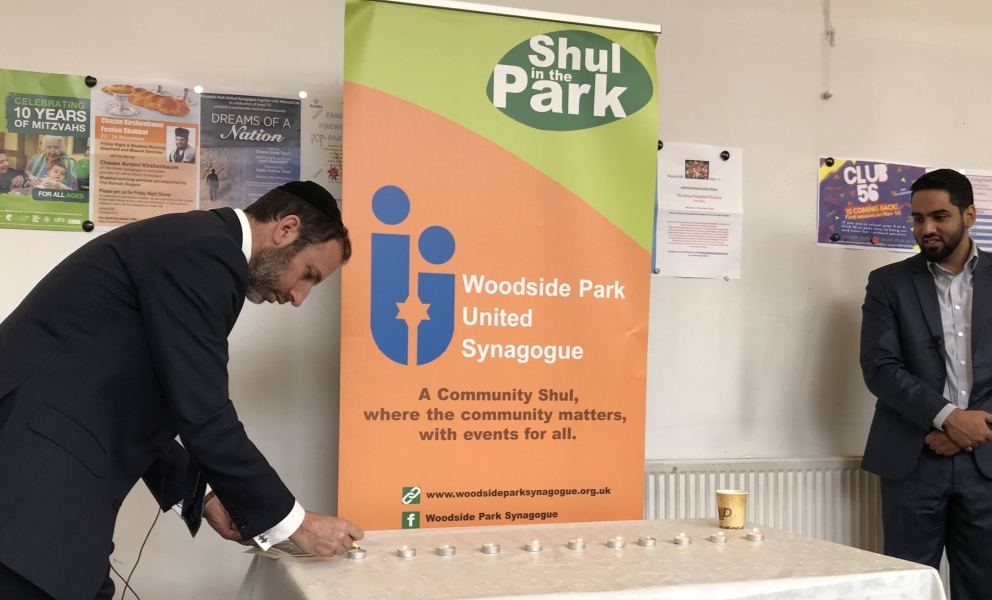 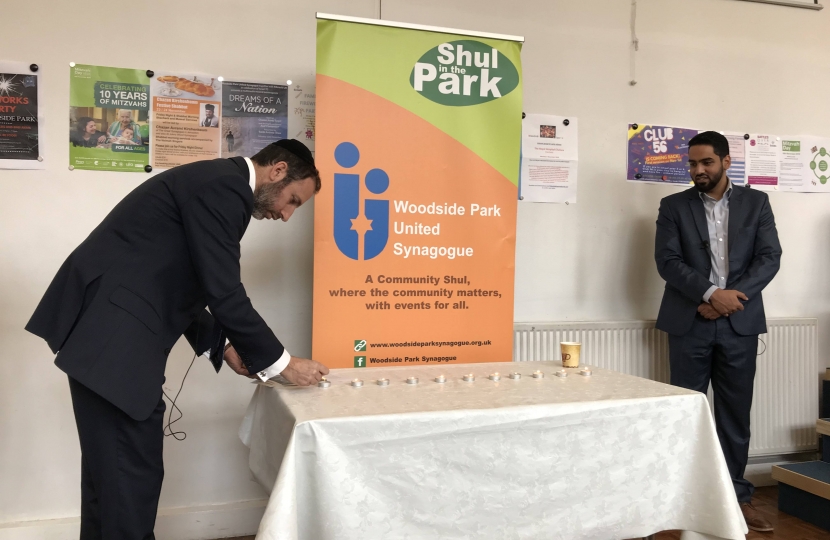 An event at Woodside Park Synagogue to build friendship and mutual understanding between members of the Muslim and Jewish faiths in north London has been praised by Chipping Barnet MP Theresa Villiers.

The meeting heard from speakers Rabbi Pinchas Hackenbroch from Woodside Park Synagogue and Imam Hamid Qureshi from the North Finchley Mosque. It was chaired by Edwin Shuker from the Board of Deputies.

Theresa was asked to light a candle in memory of those who died in the attack on a synagogue in Pittsburg that claimed the lives of 11 people.

“I utterly condemn the horrific attack in Pittsburg and send my support and condolences to the families who have lost loved ones" Theresa said.

"I welcomed the chance to light one of 11 memorial candles to the victims. Despite being overshadowed by the tragedy in Pittsburg, this was an optimistic event,” said Theresa.

“The rabbi and imam started the discussion by talking about their respective backgrounds. The both grew up in north London – Rabbi Hackenbroch in Stanmore and Imam Quereshi in Finchley.

“We heard reflections on what the two faiths have in common – especially a focus on scripture. There was a deliberate effort not to have questions on the Middle East dominate the discussion. Instead people were asked for ideas on taking forward a new closer relationship between Woodside Park Synagogue and North Finchley Mosque.

“People some great suggestions, a number of which involved young people. Another idea was to host events aimed at bringing women from the two communities together. One last suggestion was a plan to swap recipes and do some cooking together.

“This was an uplifting occasion and I pay tribute to the work of Edwin Shuker and others for making it happen. Everyone agreed that this should be the first of many activities bringing together the two faith groups.”