Villiers launches petition to save fields at Whalebones 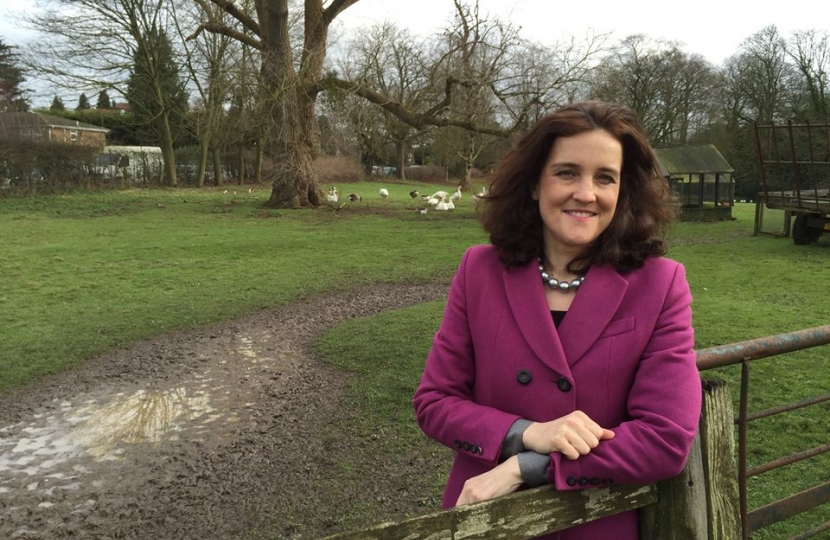 Chipping Barnet MP Theresa Villiers has launched a petition to save the fields at Whalebones from a controversial development scheme.

The woods and farmland are located in High Barnet in the heart of the suburbs and are surrounded by a conservation area. Local people do not want the land to be built over.

The fields were owned by the late Gwyneth Cowing, who was a noted local artist, painting many scenes of Barnet’s natural environment. In her will, she expressed the wish that the fields be conserved for use as agricultural land for as long as possible.

However, the Executors of Gwyneth Cowing’s will and developers, Hill, have reached an agreement to develop the site and build 153 flats and houses, including four storey blocks.

“In launching this petition, I want to show both the developers and the Executors that local residents are against the development of Whalebones. These plans would will ruin an area of beauty right in the heart of the constituency,” said Theresa.

“I urge everyone who wants to save the fields at Whalebones to sign my petition and send a clear message that this development is not wanted. We must show our opposition if we are to have any chance of forcing these plans to be dropped or changed. It will always be a top priority for me to campaign to protect green spaces in my constituency.”

The petition can be accessed and signed here.