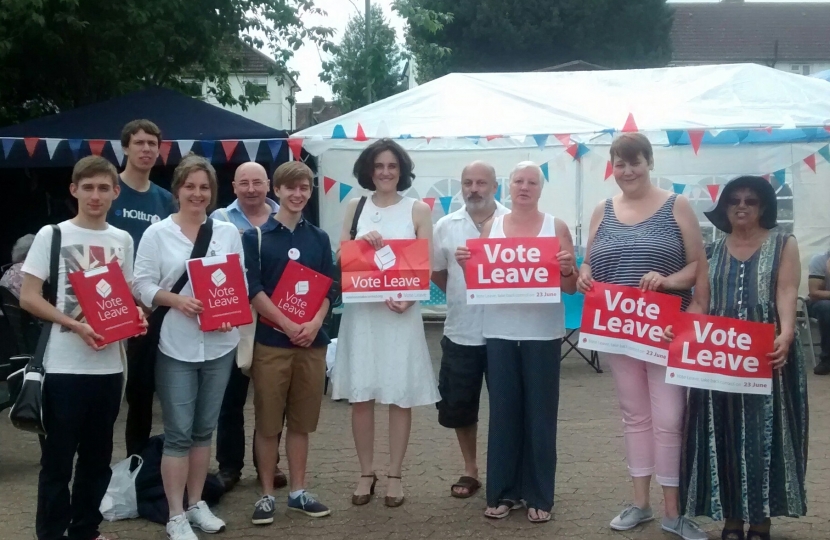 "Having taken time to study the free trade agreement reached between the UK and the EU, I will be backing it in Parliament tomorrow. I will vote for it because it is consistent with the Brexit referendum vote to become an independent country again with control over our laws, our money, our trade and our borders.

There have been compromises. For example, I regret the provisions which mean that regaining a much greater share of our fishing resources is postponed until after a 5.5 year adjustment period. I also appreciate that some financial services business with EU clients will no longer be possible.

But as a package, this FTA does stand up to scrutiny. It delivers zero tariffs and zero quotas, but does not bind us into the EU’s laws or its court. It is a trade agreement between sovereign equals. It will “Get Brexit Done”, as promised at the general election.

The Prime Minister has delivered what so many doubters said was impossible. In just a few months (and at the same time as having to deal with a health emergency unprecedented in modern times) he has secured one of the biggest, most far reaching trade agreements ever adopted.

Regaining our freedom on 1st January will be a historic turning point. Some disruption is inevitable at our borders as we make such huge changes, but we will get through that.

We must make sure we seize the opportunities provided by our new-found independence. This should be a moment of national renewal when we open up new global trading opportunities. We should also choose better, more adaptable, more modern rules and regulations so we can retain our high standards, but also compete around the world more effectively, creating jobs, and raising living standards.

Continued effort must also be made to ensure the Northern Ireland EU Protocol does not create pressure to divide our union of nations which has done so much for prosperity and stability in these islands. This FTA will help us do that because of the obligations it places on the EU to act in a proportionate and reasonable way regarding formalities imposed goods entering their single market.

We need to develop the alternative arrangements, envisaged by the political declaration accompanying the Exit Treaty, to replace the Protocol and ensure that, in the future, our whole country can benefit from the full freedoms that come with Brexit.

I was one of 28 Eurosceptic Conservatives to vote three times against Mrs May’s Withdrawal Agreement, on each occasion it was put to MPs. We came under immense pressure to accept that deal. But the backstop it contained would have left us as a client state in the regulatory orbit of the EU. With that hanging over us, there’s no way an FTA on equal terms, like the one reached on Christmas Eve, would have been possible.

The UK’s relationship with the European Union has divided our politics since the 50s. I am afraid that debate won’t end when the clocks strikes 11 on New Year’s Eve signalling the end of the transition period. But I hope that securing this wide-ranging new partnership, based on free trade and friendly cooperation, will help us all move on from some of the divisions of the last four years, as we look forward to our future as an independent trading nation."