Villiers hits out at GTR failure 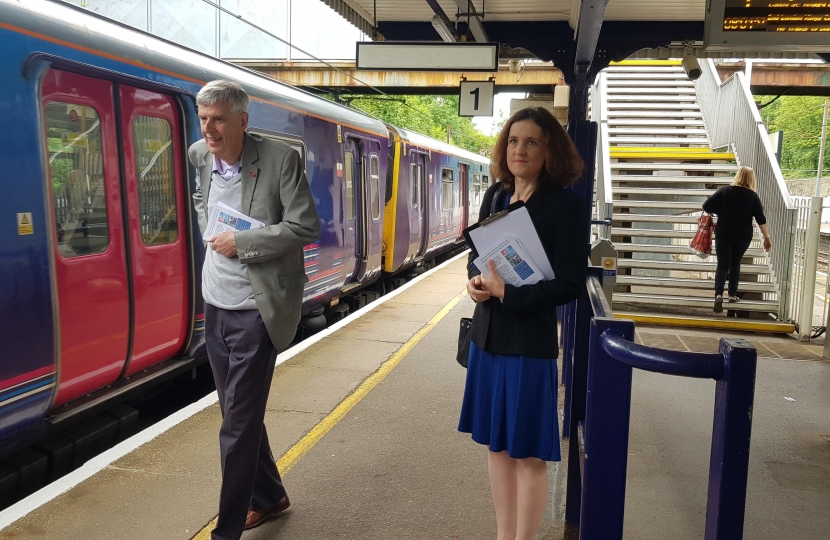 Theresa Villiers, MP for Chipping Barnet, has heavily criticised Govia Thameslink Railway (GTR) after they revealed that the introduction of new trains on the Great Northern line had been delayed.

New rolling stock had been due to be in operation by the end of 2018, but this still hasn’t happened. The Chipping Barnet MP met senior figures from GTR and Network Rail in Parliament this week and told them how angry commuters were about unreliable services on the Great Northern Line which runs through her constituency.

Speaking after the meeting, Theresa Villiers said “It’s massively disappointing that GTR still haven’t got the new trains into operation. Until they do this, there is no prospect of restoring the two services removed last May from the morning peak timetable at Oakleigh Park.”

“The loss of these services has caused real anger amongst my constituents and GTR said they would be back in the timetable by last December. Now there is no guaranteed date when they will be restored. This is not acceptable and I spoke out strongly on this in my meeting with GTR and Network Rail. They need to get their act together and fix problems on the line so my constituents start getting a reliable service again.”

“I will continue to campaign for the return of the missing services and for better rail services on the Great Northern line.”