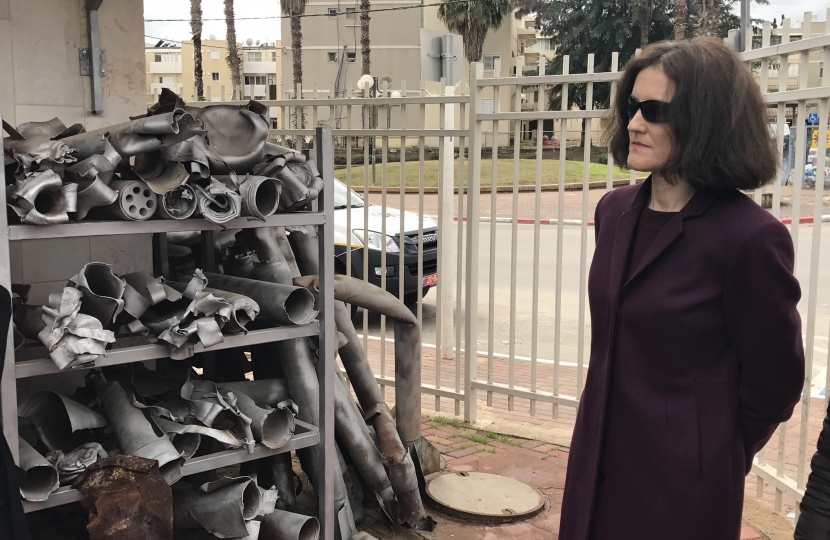 Theresa Villiers MP has issued the following statement on the situation in Israel and Gaza.

“Many constituents have been in touch about the deeply worrying situation in Israel and Gaza. I condemn the rocket attacks by Hamas on Israel. Hamas is a proscribed terrorist organisation and they have indiscriminately fired around 1200 rockets from Gaza. Jerusalem has been targeted for the first time in several years.

I support the right of Israel to defend itself against these attacks. The recent escalation in tensions in Jerusalem is no excuse for terrorist violence.

I appreciate the concern felt about the situation Sheikh Jarrah in East Jerusalem. This is a complex legal dispute, with competing claims around who was displaced from the property in the 1948 war. The Israeli Government is not a party to the case. It is important that this long-running dispute over land ownership is settled in a fair way. I understand that it is now before the Israeli Supreme Court. The Sheikh Jarrah case can in no way justify the actions of Hamas.

My sympathies go to people who have lost loved ones or been injured in the events of the past few days.

I want the UK Government and the international community to deploy pressure on Hamas to stop their violent attacks. This is essential if the situation is to be de-escalated.”

The photo was taken in 2017 in Sderot during a visit by Theresa Villiers as part of a delegation by Conservative Friends of Israel. Sderot is a town which has often been targeted by Hamas rockets from Gaza. The metal objects in the picture are the remains of incoming rockets.

Update 27th May 2021: On Sunday 23rd May, Theresa attended a rally hosted by the Zionist Federation in Kensington High Street to express her support for Israel and its right to defend its citizens.