Villiers condemns decision to turn Hagia Sophia into a mosque 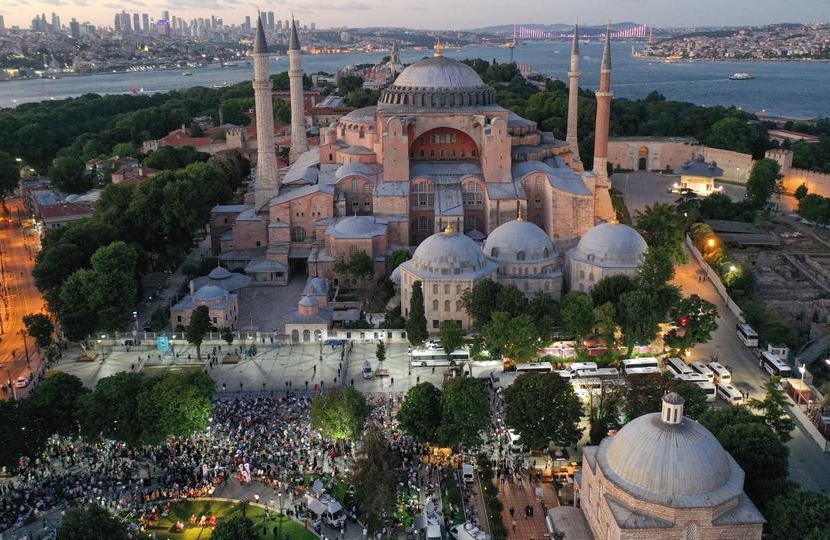 The MP for Chipping Barnet, Theresa Villiers, has called on the UK Government to condemn President Erdogan’s decision to turn Hagia Sophia into a mosque.

The Hagia Sophia cathedral was built in the sixth century BC by the Emperor Justinian, opening in 537. After the fall of Byzanitium to the Ottoman Empire in 1453, it became a mosque. In 1934, the Turkish Government turned it into a museum as a part of its commitment to secularism.

The cathedral is a UNESCO World Heritage site and there has been widespread condemnation of President Erdogan’s announcement that Muslim prayers would start there on 24th July.

Representing a constituency which is home to a significant number of British Cypriots, Theresa Villiers has a long-standing interest in Greek culture. Responding to the news about Hagia Sophia, Ms Villiers said “This is the wrong decision. Hagia Sophia has huge cultural significance for millions of Orthodox Christians around the world. Converting it into a place of worship for another faith will cause great hurt and distress.”

“The decision by the Turkish Government to turn the building into a museum back in the 1930s was a reasonable compromise which has stood the test of time. I condemn the proposal to turn the cathedral into a mosque and I am urging the UK Government to do so as well.”

“Hagia Sophia was one of the greatest ever achievements by the Byzantium empire. It has stood for nearly 1500 years, and its future should not be treated in this high-handed and insensitive way by the Turkish Government.”

Theresa Villiers is a member of the All-Party Parliamentary Group for Freedom of Religion and Belief and hopes to work with other members of this group to campaign to keep Hagia Sophia as it is. She has tabled a Parliamentary Question asking Foreign Secretary, Dominic Raab, to express opposition to the plan for Hagia Sophia announced by President Erdogan.