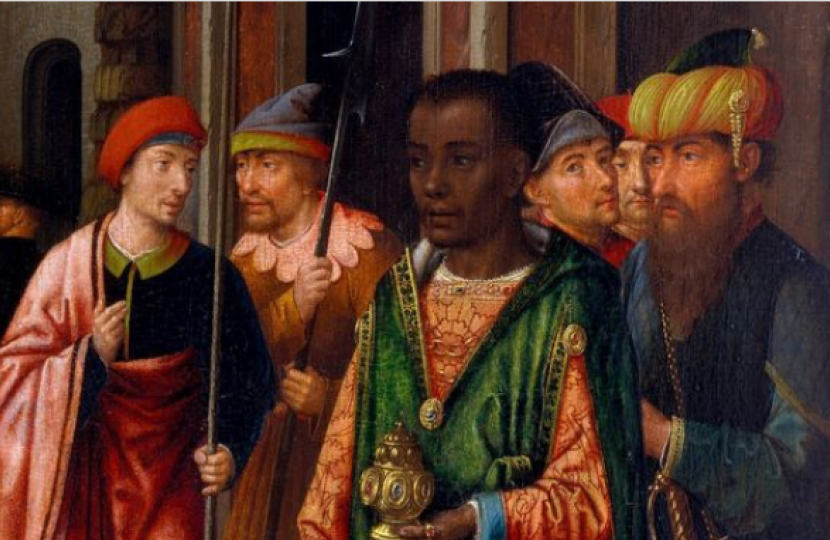 Chipping Barnet MP Theresa Villiers last night called on the government to make black history a central part of the school curriculum. Theresa led an Adjournment Debate in the Commons on the issue and told MPs: “Getting more black history into the curriculum matters.”

Theresa told parliament the roots of black and ethnic minority communities go back two thousand years to the time of the Romans. “I want more black history in the classroom so that every child growing up in Britain today knows that the presence of black people in this country is not some 20th century novelty,” she told MPs.

“But most important of all, I want more black history in the classroom because I want children from BAME communities to understand that people of colour have been an important part of our island story for nearly two thousand years.

“I want them to know that it wasn’t just William Wilberforce who campaigned to abolish the slave trade, it was also people like Olaudah Equiano who had themselves been enslaved but who achieved freedom, fame and success against incredible odds."

Theresa said her love of history made her understand why changes to the curriculum have been a key demand from many who recently took to the streets to protest about inequality and racism.

“So, I call on the minister this evening, to announce plans to give black history a more prominent place in the school curriculum. I call on him to embrace the enthusiasm we’ve seen on our streets for the study of black history so we can give future generations a better knowledge and understanding of how we came to be the nation we are today.”

In response, Schools minister Nick Gibb said: “Good history teaching should always include the contribution of black and minority ethnic people to Britain’s history, as well as the study of different countries and cultures around the world. The history curriculum has the flexibility to give teachers the opportunity to teach across the spectrum of themes and eras set out in the curriculum.”

Barnet is one of the most ethnically diverse boroughs in the country and Theresa Villiers has a long track record of championing issues of concern to minority groups. A full transcript of the debate can be found here.

Theresa Villiers, MP for Chipping Barnet, has welcomed the move last night by Enfield Council to postpone a decision on the planning application from Transport for London to build over the car park at Arnos Grove tube station.