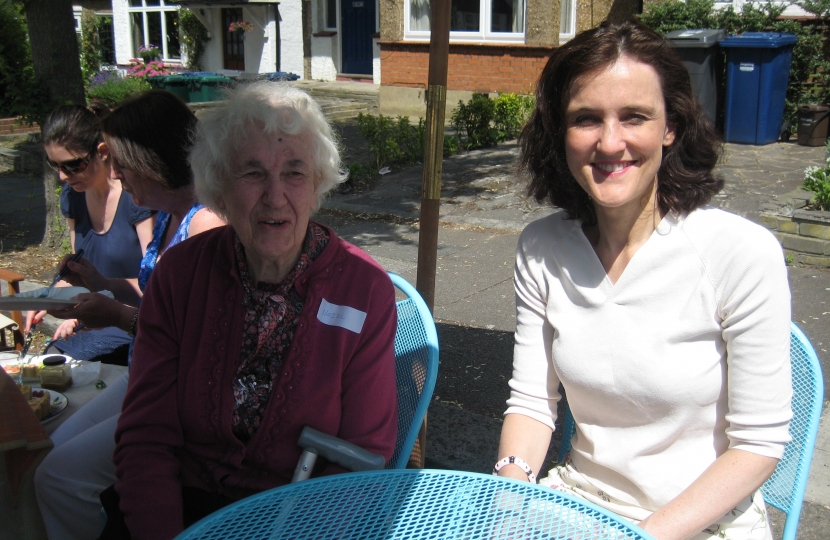 Theresa Villiers, MP for Chipping Barnet, today joined residents in Horsham Avenue at their street party to celebrate 100 years since the street was built in 1914.

Theresa was invited to the event by Anjali Deb-Mukherjee who was one of the organisers of the event. She also had the chance to meet Hazel Amor, who has lived in Horsham Avenue since 1926 and is now 89.

Speaking after the party, Theresa said, "It was great to be able to join residents at their street party. Events like this are an excellent way for neighbours to get to know one another. I learned today that it was the Diamond Jubilee prompted an annual party in Horsham Avenue after their jubilee street party proved to be so successful."

"I was delighted to meet representatives of the Friern Barnet and District Local History Society who had two stalls at the event. As the country reflects on the centenaries of World War One events over the years ahead, it is good to look at our local history as well."

"It was an honour to meet Hazel Amor today and hear about past times in Horsham Avenue. I would like to thank all those responsible for organising today's very successful party for inviting me along."

Pictured: Theresa Villiers meets Hazel Amor who has lived in Horsham Avenue since 1926.