Villiers campaigns to save Maintained Nursery Schools in Barnet 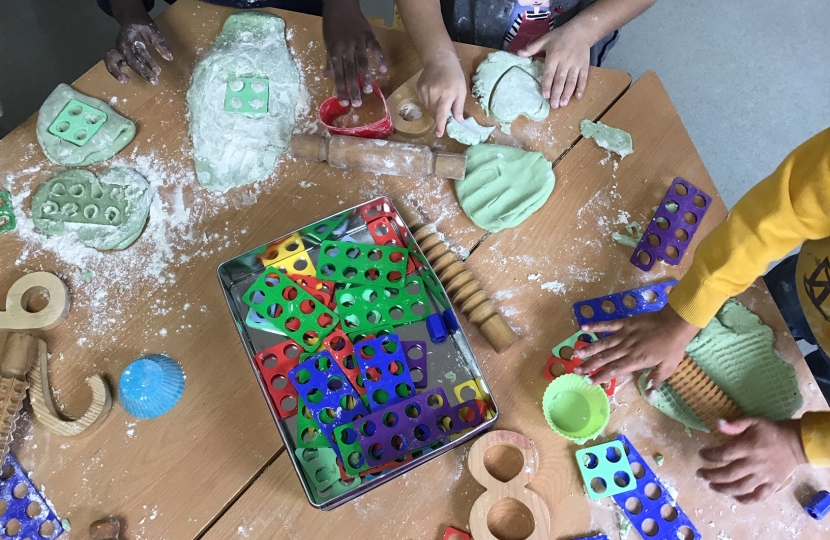 MP Theresa Villiers has put her name to a letter asking the Chancellor to properly fund maintained nursery schools in the Government‘s next spending review.

More than 40 MPs have signed the letter to Rishi Sunak asking for around £98 million, plus transition money, to safeguard the future of the nurseries.

In Barnet, the situation is acute as the maintained nurseries there presently do not even receive supplementary Government funding which has been given to most of these schools around the rest of the country.

This means Brookhill, Hampden Way and St Margaret’s, which are part of the Barnet Early Years Alliance, along with Moss Hall in North Finchley, are all in financial difficulties.

Theresa is vice-chair of the All-Party Parliamentary Group (APPG) for Nursery Schools, Nursery & Reception Classes and coordinated collection of signatures for the letter, appealing to MPs from different parties to add their name and get involved in the campaign to save maintained nurseries.

She has long campaigned for maintained nurseries to receive better funding for the vital work they do with vulnerable and SEND children, which is very different from other early years provision.

The letter called on the Chancellor to come up with a new funding formula and says: “We call on you to continue providing the resources that maintained nursery schools (MNS) need for that vital role, and to recognise the urgency of doing so now.

“Whatever timeframe the spending review covers, it is clear that MNS cannot wait any longer for a viable long-term funding formula, and that it must be in place for 2021-22.

“If maintained nursery schools are lost now due to inaction, it will be hugely costly to try to rebuild that resource in the future.”

Theresa added: “The Government has recognised the crucial role of maintained nursery schools but it now needs to step up and give these important education providers viable long-term funding.

“The campaign to see this happen has considerable cross-party support. The APPG will continue to lobby for this money; so will I.

“The amazing maintained nursery schools we have in Barnet must be included in any new funding settlement. They are in severe financial difficulties and need the support which has been given to other maintained nurseries. It is unjust they do not receive even the supplementary funding that others do. They must not be left out in the cold again."