Villiers campaigns for human rights and accountability in Sri Lanka 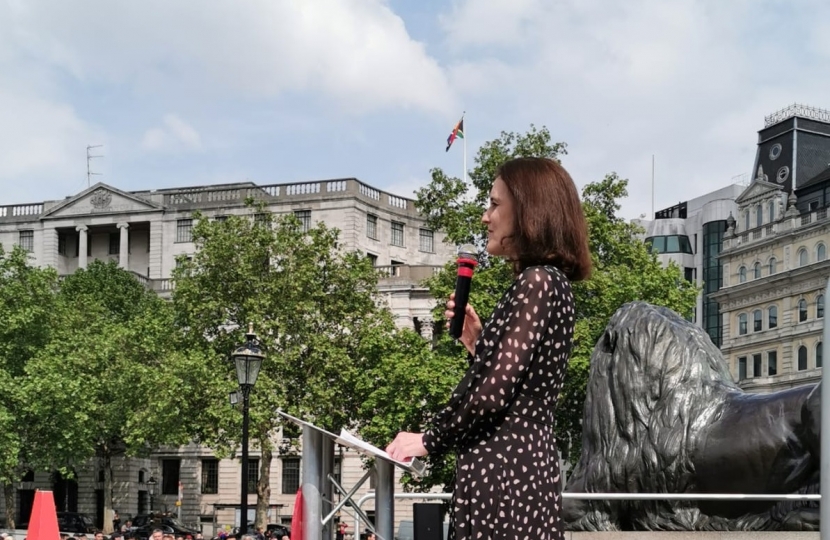 “I know that many British Tamils will be deeply concerned about the election result in Sri Lanka. The new President and his brother Mahinda Rajapaksa held very senior positions during closing stages of the Sri Lankan civil war when terrible atrocities were committed. They are therefore both implicated in the brutality which took place. So I can understand why Tamils in Sri Lanka and around the world fear that this election result will lead to further division in Sri Lanka and jeopardise the chances of holding to account people who committed war crimes during the civil war.

For some years, I have been working with the British Tamil community to promote human rights and accountability in Sri Lanka; I have been campaigning for justice for the Tamil people. I hope that the international community will keep up the pressure on the new Sri Lankan President to respect human rights and deliver on the commitments made in the UN Human Rights Council resolutions 30/1 and 40/L1.

I was part of David Cameron’s Conservative-led Government at the time when he made his historic visit to the north of Sri Lanka, the first by a major world leader. In 2015, the Government he led helped secure UNHRC resolution 30/1 on ‘Promoting reconciliation, accountability and human rights in Sri Lanka’. The FCO’s diplomatic efforts played an important role in getting this resolution adopted. It was co-sponsored by the Sri Lankan Government and it made a series of commitments including the return of land to its rightful civilian owners; repeal of the Prevention of Terrorism Act; normalisation of human rights in the north and east of Sri Lanka; and a judicial process to bring to justice those accused of war crimes.

Unfortunately the progress in implementing 30/1 was far too slow. Even today, virtually no steps have been taken towards establishing an accountability mechanism for human rights abuses and war crimes.

Whilst a backbench MP, I was vice chair of the All Party Parliamentary Group for Tamils. I also support the work of the British Tamil Conservatives and the British Tamils Forum. In October 2018, at the request of the British Tamil constituents I then represented as MP for Chipping Barnet, I visited the Human Rights Council in Geneva to meet a number of national delegations there and urge them to work to get resolution 30/1 implemented. I wanted them to maintain pressure on the Sri Lankan Government to keep the promises it made when it co-sponsored the 2015 resolution.

At its fortieth session in March this year, the UNHRC adopted a new resolution, 40/L1, again co-sponsored by the Government of Sri Lanka. Whilst it is welcome that this more recent resolution reiterates the commitments of 30/1, what we now need is a timebound action plan to put them into effect. If I am re-elected as MP for Chipping Barnet, I will continue to lobby for 30/1 and 40/L1 to be respected so we see real progress in the north and east of Sri Lanka and help for the Tamils who live there.

Earlier this year, I took part in a number of events to mark the 10th anniversary of the Mullivaikal massacre. This was a horrific atrocity and we should never forget those who lost their lives during those terrible days. Like my Tamil friends, I want to see those responsible for what happened to be brought to justice as part of a wider process to deliver a stable and reconciled future for Sri Lanka in which all of its people are treated fairly and equally.