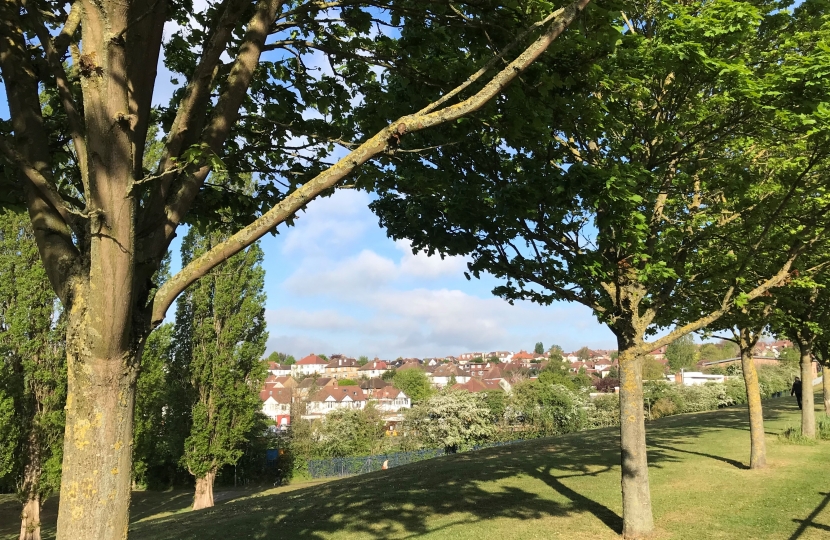 Chipping Barnet MP Theresa Villiers has asked the Government to make tackling air quality in London a priority because pollution is more serious in the capital than anywhere else in the country.

Theresa used a Ten Minute Rule Bill speech to highlight the issue following the inquest of London nine-year-old Ella Kissi-Debrah last year. A coroner concluded that air pollution made a material contribution to her tragic death.

She told MPs: “Poor air quality is the greatest environmental threat to public health. Every year thousands of people have their health damaged or their lives shortened by air pollution.

“This problem is especially serious in London with many of the country’s worst pollution hotspots located in our capital city.

“But I’m concerned that the Mayor of London has not made more progress on air quality measures or delivering zero emission buses, despite the very significant resources he has been given by the government to do this.

“His plan for a zero-emission bus fleet will take another 17 years to complete.

“I’m also worried that the Mayor’s mismanagement of TfL’s budget, including the lengthy delays to Crossrail, will make it much harder to deliver the investment we need to buy cleaner greener buses.”

Theresa said the government was meeting all but one of its air quality targets but added progress has slowed and a concerted national effort was needed to tackle this problem.

“The Government’s 2017 Clean Air Strategy was praised by the World Health Organisation as “an example for the rest of the world to follow”. But we need to go further and faster,” she told the Commons.

“In my former role as Environment Secretary, I introduced the Environment Bill. One of the most important and ambitious elements of the Bill is the requirement to set a legally-binding target to reduce PM2.5 fine particulate matter. It is this type of pollution which does the greatest damage to human health.

“There is clear support in this House that we should be the first major developed economy to commit to getting PM2.5 particulates down to an annual mean concentration of 10 micrograms per cubic metre maximum, as recommended by the WHO.

“The only question is what date we set, and I appeal to the government to accelerate the detailed research and consultation needed to make that decision as soon as possible.”

She added the big change needed was to make the switch to cleaner cars, vans, lorries, taxis, buses and motorbikes and highlighted the government’s Ten Point Climate Plan that aims to end the sale of new petrol and diesel cars by 2030.

The Ten Minute Rule procedure does not generally result in a measure reaching the statute, but is used by MPs to highlight concerns in Parliament.