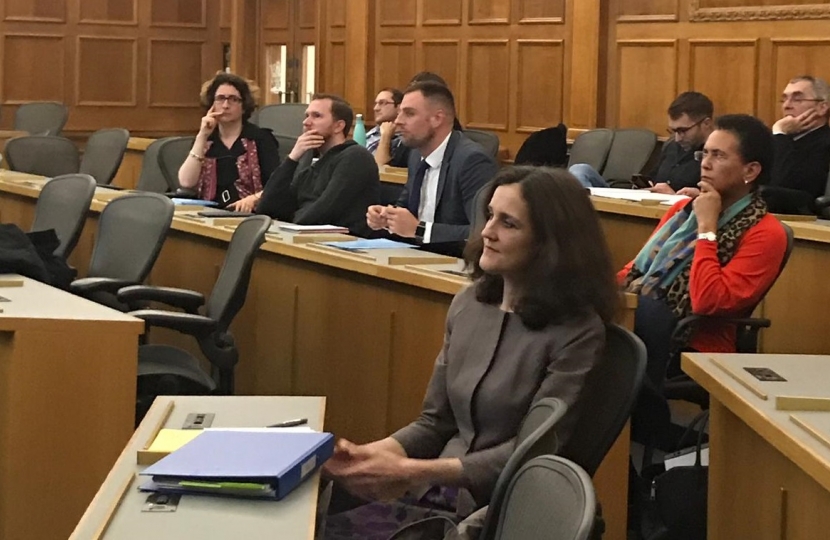 MP Theresa Villiers has urged developers to finally admit defeat over plans to build new houses over back gardens at Beresford Avenue in Barnet after councillors threw out the sixth application to do this submitted in last five years.

Theresa and residents again objected to the proposals lodged for numbers 49 and 51 in the street when it went before Barnet Council’s Chipping Barnet Area planning committee at Hendon Town Hall on Tuesday.

In a presentation to the committee, the newly re-elected Chipping Barnet MP said: “This development is entirely inappropriate for the surrounding area and would significantly damage the amenity of neighbouring properties and quality of life of the people who live in them.

“We should be looking to conserve back gardens, not grab them for development. This is a borough which is delivering more home-building than almost any other in London. That means that it’s possible to deliver the new homes we need without accepting proposals like this one which will wreck the quality of life of people who live in Beresford Avenue.

“There are so many streets and closes like Beresford Avenue in our borough, quiet and peaceful places where parents feel able to let their children play outside in safety. The life people can lead in a place like Beresford Avenue is at the heart of the appeal this place has for families, and backland developments

Speaking afterwards, Theresa added: “This unanimous decision by councillors should really be the death knell for these unacceptable proposals.