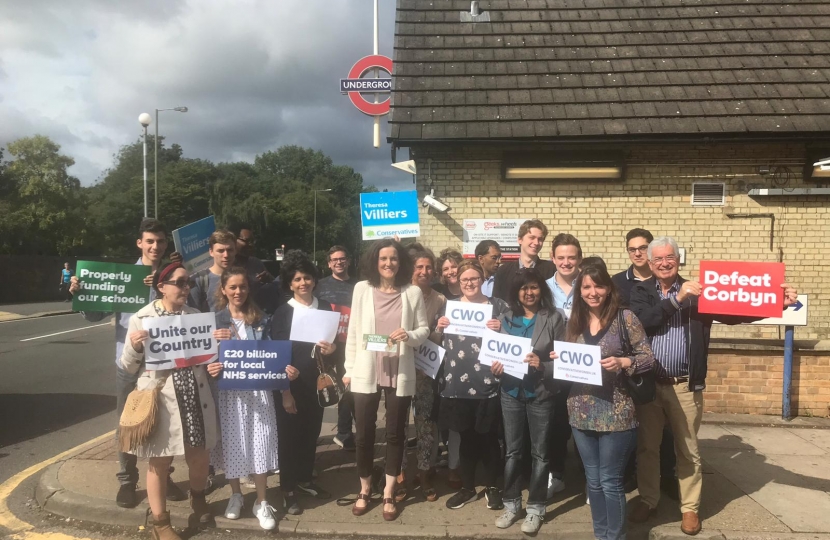 Chipping Barnet MP Theresa Villiers is seeking an urgent meeting with Transport for London (TfL) about its plan to close a key part of the Northern Line’s Bank branch for more than four months next year.

Theresa said the decision will cause major disruption to commuters and residents in her constituency. She wants the head of TfL, Andy Byford, to reduce the closure time and minimise commuters’ pain.

The branch is due to partially close for 17 weeks from 15th January until mid-May 2022 meaning that there will be no trains between Moorgate and Kennington.

During the period of closure, work will be undertaken on the Bank Station Capacity Upgrade, including a new platform and improved accessibility. But Northern Line commuters will be prevented from getting to Bank which is one of the busiest interchanges on the tube network. Northern Line trains will not run to London Bridge either.

“Although I welcome the improvements being made to the Northern Line, it is a key transport link from Barnet to the City and a closure of this length it is going to cause disruption and inconvenience to my constituents,” Theresa said.

“Some have already contacted me to express their concerns and I will be pressing TfL to find a way to speed up the work and get the line re-opened more quickly, or at least take further steps to minimise the impact of the closure on passengers."

“I need to understand what the contingency plans are if the timescale slips and whether extra services on the Charing Cross branch of the Northern Line, for example, would continue if it falls behind schedule. There are many questions that TfL need to answer.”

Theresa has also written to Govia Thameslink to ask them about restoring the full service on Great Northern Rail to help commuters travel during the period of disruption on the underground. Since the Covid outbreak, fewer trains have been running on this part of the national rail network.

“Services on the Great Northern railway from New Barnet and Oakleigh Park will be under pressure when the Northern Line shutdown kicks, Theresa said."

"It is time to get the full Great Northern timetable running again to provide alternative routes from my constituency into the City,” she added.