Villiers calls for a rethink on council plans for playing fields 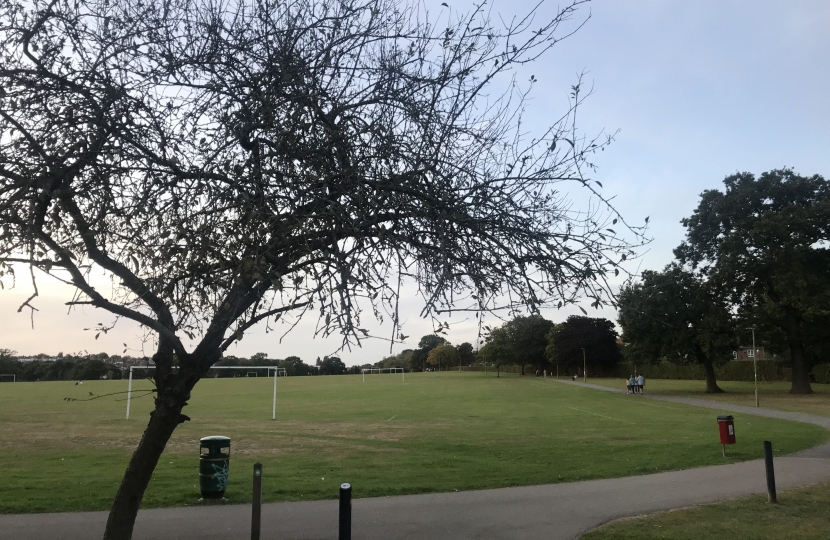 Plans for new sports facilities and a skate park in Barnet playing fields and King George V playing fields should be revised because of fears about noise, space and traffic, Chipping Barnet MP Theresa Villiers has told the council.

Responding to a council consultation, Theresa said she welcomed the authority’s wish to provide better facilities, but explained she is worried about "the scale of the new buildings proposed, not least because this is green belt land”.

Theresa also expressed concerns about plans for a skate park behind Fairfield Way. She agrees with residents that this location is too close to houses and could cause noise and disturbance in a quiet residential area.

“I am also worried that if the skate park goes ahead, there might be a request for floodlights in the future,” she said in the letter.

Other concerns highlighted by the MP include unnecessarily fencing off pitches at the southern end of the site and too many sports pitches leaving little space for dog walkers.

“Residents are already worried about the extra traffic generated by the new Ark school, and they fear that these new facilities could worsen these problems,” Theresa’s letter also said.

Speaking today, the MP added: “I have spoken to a number of constituents affected by these plans whilst taking part in my regular programme of doorstep calls. They have told me in clear terms that they want these proposals changed. If a skate park is to be built, it is vital to move it further away from the edge of the playing fields to reduce the impact on neighbouring homes."

“It is good that the council is working to improve sport and leisure facilities, but we need to balance the interests of different users of our parks and open spaces. I know that our parks and open spaces are amongst the highest priorities for Barnet because they contribute significantly to the quality of life of local residents. I very much hope this consultation process will see revisions made to these plans to reassure residents.”