Villiers calls for freedom and unity for Cyprus 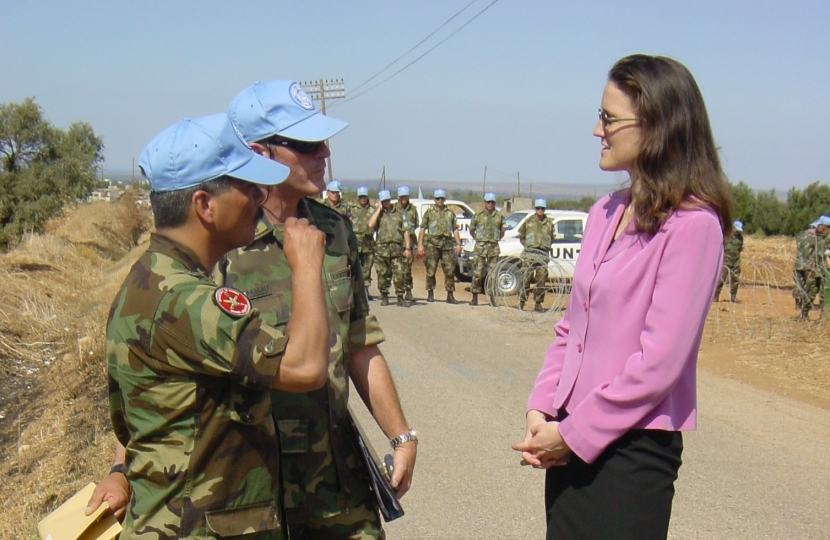 On the eve of the 47th anniversary of the Turkish invasion of Cyprus, Theresa Villiers has issued the following statement. She has campaigned for many years for reunification of Cyprus and her Chipping Barnet constituency is home to many British Cypriots:

"It was back in 1998 that I first began to understand the injustice which occurred in Cyprus 47 years ago.

As a newly selected candidate for the European Elections, I was invited to join Conservative Friends of Cyprus. I soon learned much from new friends such as Ian Twinn, Tony Yerolemou, Haris Sophoclides, Andreas Papaevripides, Andreas Tambourides and Doros Partasides on why reunification of Cyprus is so important.

It is a matter of sadness that the negotiated settlement for which we here have all campaigned for so long continues to elude us some two decades later.

It is beyond doubt that the Turkish invasion led to extensive violation of human rights. Many were forced from their homes and have never been allowed to return; and more than a thousand people remain unaccounted for. I want express my sympathy and support for those suffered directly as a result of the events of 1974.

As we contemplate the sombre anniversary which takes place on Tuesday, I take this opportunity to reiterate that for a solution to be viable, balanced and fair, it must be consistent with UN Security Council resolutions.

So it must reflect the internationally accepted model of a bizonal, bicommunal federal state with a single sovereignty, a single international personality and a single citizenship.

I welcome the UK Government’s continued commitment to this principle, repeated in answers to Parliamentary questions which I table regularly.

I also want UK Ministers to call for recommencement of negotiations between the two sides at the point at which they were suspended at Crans Montana.

And I believe that it is time for the Foreign Secretary to advocate publicly for an end to third country guarantees in any future settlement.

Such guarantees (with their implications for military intervention) are inappropriate for a modern European democracy, and this is a point which I have made on the floor of the House of Commons.

Equally unacceptable are Turkish incursions in the Cyprus Exclusive Economic Zone and Mr Erdogan’s provocative decision to re-open of the beach front at Varosha. Flatly contrary to UN Security Council resolution 550 and others, Ankara’s actions in relation to Varosha continue to make a settlement harder to achieve. They should be condemned by the whole international community.

I am unwavering in my support for Cypriots in their efforts to reunite their island. I pledge that as President of Conservative Friends of Cyprus, I will continue to work to keep Cyprus on the agenda in Parliament, alongside colleagues from all parties.

And I want to express once again my solidarity with my British Cypriot constituents in their struggle for freedom, justice and unity for Cyprus."

The photo featured with this article was taken in 2003 at the Morphou Rally in Astromeritis in Cyprus and features Theresa meeting UN peace-keeping forces.