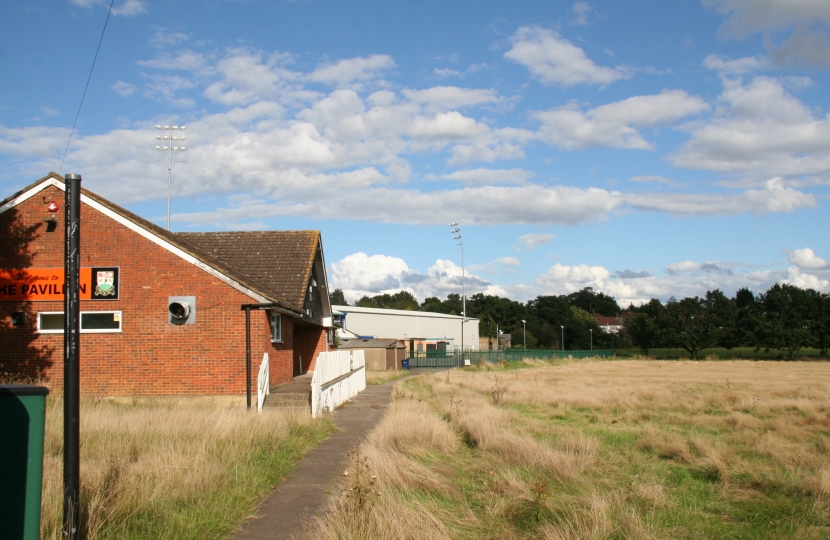 At the request of a group of constituents, Theresa Villiers, MP for Chipping Barnet, bought together representatives from key bodies to consider the future of the Barnet Cricket Club ground next to the Underhill football stadium. The stadium has been bought by the Education Funding Agency (a government body) so they can build a new free school which will be run by the Ark Academy.

A group of local residents, many of whom are Barnet Football Club fans, want the cricket club ground to reopen for community use, both before the school is built and hopefully afterwards as well. In a meeting earlier this month at her constituency office in Barnet High Street, Theresa brought together representatives of this local group, the Ark Academy and the Education Funding Agency (EFA). She has also been in touch with Barnet Council about the future of the ground.

Reporting back on the meeting, Theresa Villiers said: “We had a useful and constructive meeting. I would like to see the Barnet Cricket Club ground reopen for community use. It is a pity to see it locked up and increasingly overgrown. At the meeting, the Ark Academy said that once the school was open, they would hope that sports facilities could be made be available for community use when not required for school activities. This was apparently their approach at their other schools.”

“The EFA said that discussions were still underway regarding the Barnet Cricket Club pavilion and ground and they had not yet bought or leased it from the Council. They did say though that if that sale took place, they might be prepared to consider allowing short term use the ground by community groups prior to the opening of the school. They also agreed to work with BFC fans to see if a charity auction could be run to provide an opportunity for fans to buy memorabilia from the ground.”

“Although this wasn’t directly on the agenda for the meeting, I expressed concern to both Ark and the EFA about the traffic and parking impact of the proposed new school. I urged them to engage with Underhill residents as soon as possible and to do everything they can to mitigate the traffic impact of the school they propose to build.”