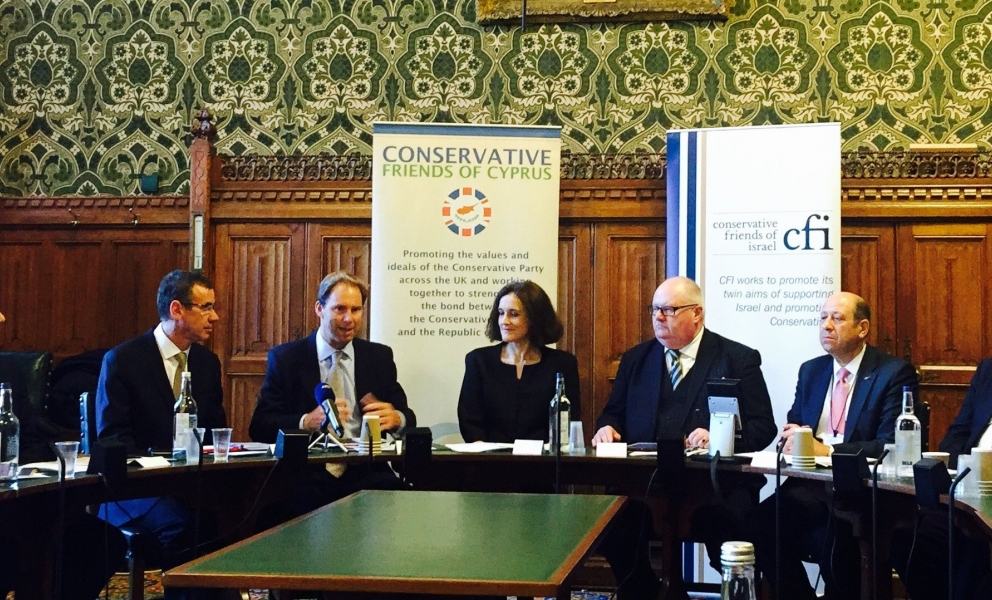 Villiers brings Cyprus and Israel groups together in Parliament 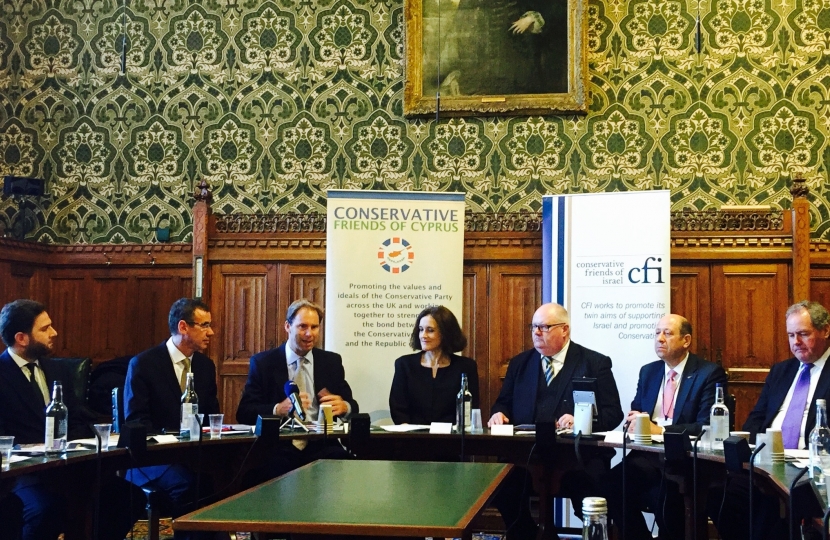 Mr Evriviades referred to the bilateral relations between the two Eastern Mediterranean countries as “vibrant” and “multi-tiered”. Ambassador Regev commented that the first joint event of the two Conservative Party organisations was an important occasion to reflect on the relationship between Israel and Cyprus as “two proud western democracies wanting to see a more stable, secure and prosperous Eastern Mediterranean.”

Speaking after the event, Theresa Villiers said “This meeting provided a valuable opportunity for Conservative MPs to focus on the very strong trilateral relationship between Israel, Cyprus and Britain. It was good to hear of the cooperation underway in areas such as security and trade. Everyone was very clear on the importance of maintaining these close links after the UK leaves the EU.”

“We had the opportunity to discuss the latest developments in the talks on Cyprus. We all hope that the recent setback will only be temporary and that progress towards a solution can continue. Today’s event has demonstrated the continuing support for Cyprus and Israel in Parliament.”

Cllr Jason Charalambous, Chairman of CFCyprus, said: “Together with CFI it was a great pleasure to host this historic first parliamentary meeting highlighting the close ties between Cyprus, Israel and the UK.

As two proud democracies in a turbulent region, the strong bilateral bond between Cyprus and Israel is worth celebrating and we look forward to future initiatives to highlight this important relationship"