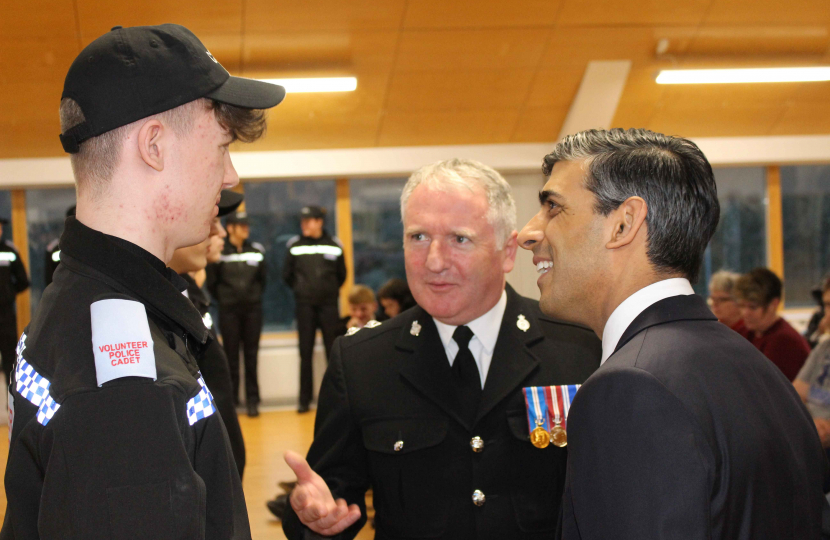 I am backing Rishi Sunak to become the next leader of the Conservative Party and Prime Minister. In my view, he has the right long term economic plan to get us through difficult times ahead: tackle inflation, grow the economy and then reduce taxes. I believe he is the candidate who is the most likely to win the next general election for the Conservatives.

Rishi has a proven track record of steering us through an economic crisis. When the Covid pandemic hit this country, he devised and implemented the furlough scheme within a matter of just days. This protected over 11m jobs. Many more livelihoods were saved by grants for businesses and the self-employed which Rishi also delivered as Chancellor, arriving in bank accounts with astonishing speed.

I know he wants to get our taxes down after they have been driven up by the worst health emergency for a hundred years. But he accepts that we need to do this in a way which does not stoke up inflation or lead to big increases in borrowing, because this could lead to higher household bills and higher mortgage rates.

I campaigned to leave the EU and was one of just a handful of Conservative Eurosceptic MPs (dubbed ‘Spartans’ by our colleagues) to vote three times against Theresa May’s withdrawal deal because it could have locked us forever into the regulatory orbit of the EU. So this is an issue of the greatest importance to me, and I know that Brexit is safe in Rishi's hands.

He voted for Brexit. He campaigned actively to leave, despite being told that this would ruin his chances of getting on in politics. He has been using the freedom Brexit gives us to make our own laws in this country by delivering a major reform of the way we regulate financial services. For example, his proposed changes to the EU Solvency II regime would release hundreds of millions of £s for investment in enterprise and start-ups.

Rishi has a credible and serious plan to grow the economy by encouraging businesses to invest more, by enabling people to improve their skills throughout their careers, and by using Brexit freedoms to reform regulation to boost competition and encourage research and innovation.

Conservative Party members appreciate how serious it is to be choosing the next leader of our party and our country. The stakes are high and thousands of members are signing up to support Rishi for leader. I hope you will join us via this link: https://www.ready4rishi.com/.