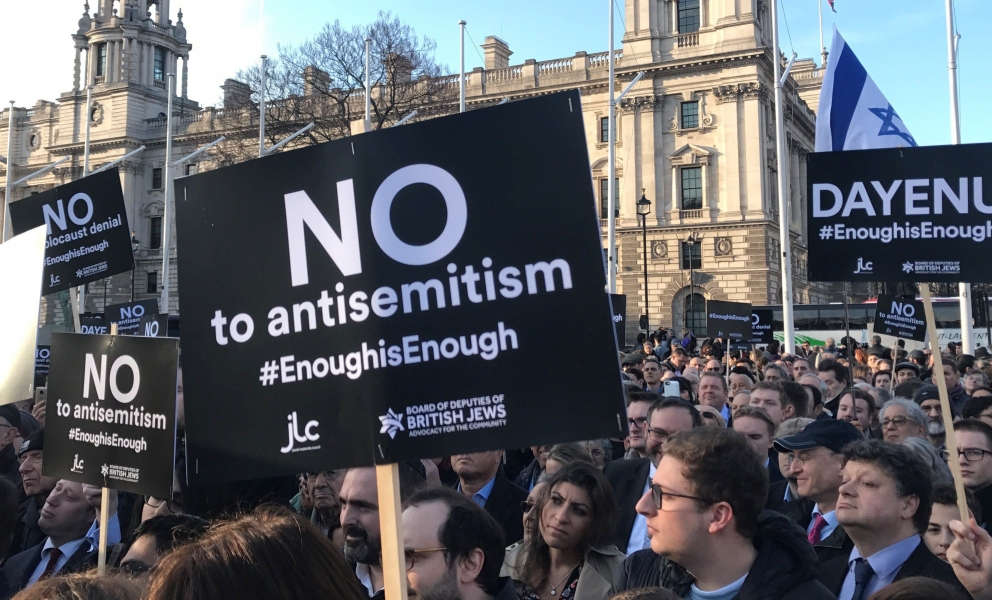 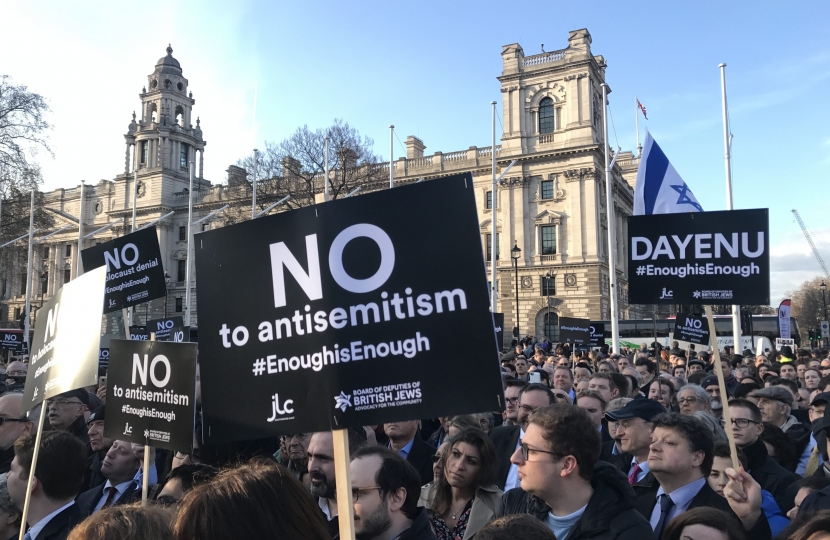 Chipping Barnet MP Theresa Villiers joined several hundred members of the Jewish community outside Parliament yesterday to protest about anti-Semitism in the Labour Party. The event was organised by the Board of Deputies of British Jews and the Jewish Leadership Council as a prelude to delivering an open letter to the Labour Party asking them for action to combat anti-Semitism.

The letter accused Jeremy Corbyn of being "ideologically fixed within a far left world view that is instinctively hostile to mainstream Jewish communities”.

“It is astonishing that the problems with Labour and anti-Semitism have become so serious that the Jewish community have felt the need to protest in this way. A number of my constituents attended this event, telling me of their concern that Jeremy Corbyn seems prepared to tolerate people with anti-Semitic views. For me, Mr Corbyn’s supportive comments on Facebook about a plainly anti-Semitic image were the last straw,” said Theresa, who has a long track record of campaigning against anti-Semitism.

“I decided to attend the protest to show solidarity with the Jewish community in my constituency. For many years, I have been speaking out against anti-Semitism in all its forms. That includes condemning those who use anti-Semitic language or stereotypes when they criticise Israel or comment on the Middle East.”

“Until there is a concerted attempt by Mr Corbyn to deal with the anti-Semitism he admits exists within Labour, he will struggle to rebuild rust with the Jewish community.”

Theresa is a member of the All Party Parliamentary Group on Anti-Semitism and worked on their ground-breaking 2006 report on the issue. She has also been a member of Conservative Friends of Israel for the past 18 years.