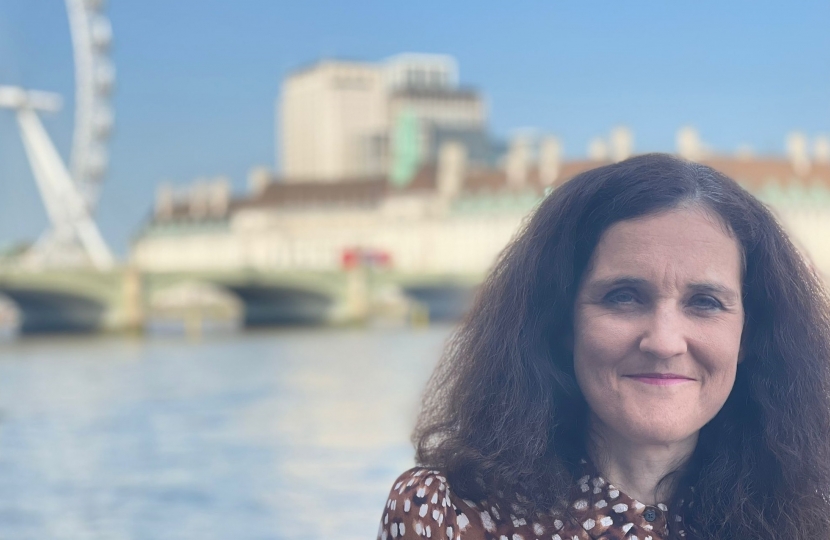 Chipping Barnet MP Theresa Villiers has pressed the Government to increase funding for schools in her constituency. Theresa recently met the Chancellor to highlight the issue of maintained nursery schools in Barnet - Brookhill, Hampden Way and St Margaret’s, which are part of the Barnet Early Years Alliance (BEYA).

Along with Moss Hall in North Finchley, they do not presently receive even the limited supplementary funding from the Government which has supported such schools in other areas in recent years.

To make her point further, Theresa spoke in a parliamentary debate on early years funding and said: “The most urgent financial issue that needs to be resolved is funding for maintained nursery schools, such as those run by BEYA in my constituency.

“They deliver excellent results, particularly for children from disadvantaged backgrounds and those with special educational needs or disabilities.

“As I have highlighted many times in Parliament, and recently in a meeting with the Chancellor of the Exchequer, time is running out for those great schools.

“They lost out when the funding formula was changed in 2017, and ever since much of the sector has been just about kept afloat by £60 million in supplementary funding. If those schools are to continue their vital work, they need a stable, long-term financial settlement.

“Most urgently of all, maintained nursery schools in Barnet need a share of the supplementary funding, which they have been denied up to now. Without it, their future looks bleak and uncertain.”

Theresa said she welcomed around £3.6 billion a year that the Government is devoting to childcare and early years.

She also paid tribute to people working in early years in Barnet such as Bright Little Stars Nursery on Leicester Road, Alonim Kindergarten at the North London Reform Synagogue as well as the BEYA nurseries.

However, she said she supported calls for a review of childcare funding because the cost to families was so high.

“At a recent street surgery, a constituent told me that almost the whole of his wife’s salary as a teacher was being spent on childcare,” she told MPs. “I, too, would appeal for a simpler system of Government support that helps parents, family budgets and providers right across the private, voluntary and independent, and maintained nursery sectors.”

She added: “If the Government is to realise its ambition to level up the country, and if it is to make further progress on gender equality and tackle the health inequalities exposed by the pandemic, it is essential to get childcare and early years provision right and to give the sector the support it needs.”

Theresa Villiers has made representations on behalf of constituents to successive Prime Ministers and Chancellors on the need for generous funding for all schools in her constituency.