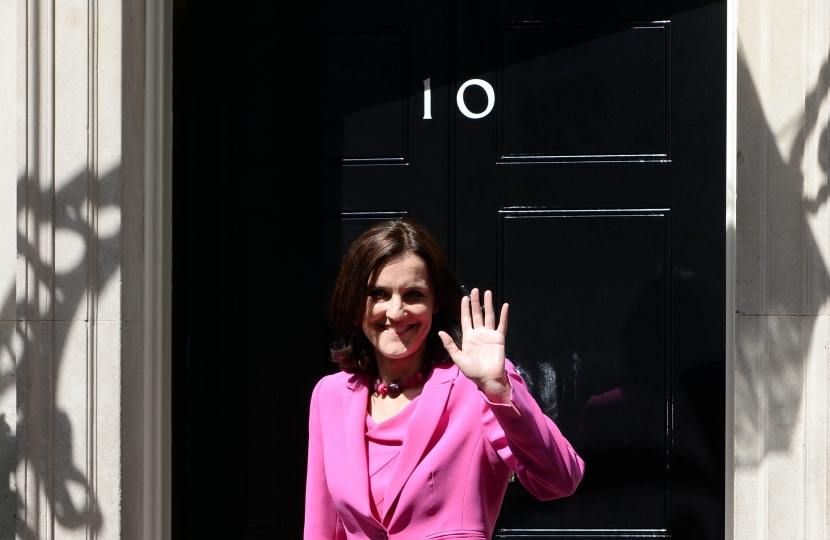 Theresa Villiers has been appointed to David Cameron's new Cabinet, continuing in her role as Secretary of State for Northern Ireland. David Cameron gave her the news at a meeting in Number 10 Downing Street on Monday and the Cabinet met for the first time on Tuesday.

Speaking after the meeting, Theresa said "It's a great honour for me to have been re-appointed by David Cameron as Secretary of State for Northern Ireland, serving in the first all-Conservative Cabinet for 18 years. I am deeply grateful for the opportunity to continue to carry out this role."

"At the first meeting of the new Cabinet this morning, we got down to work on plans to implement the commitments set out in our manifesto to secure a brighter future for the whole country."