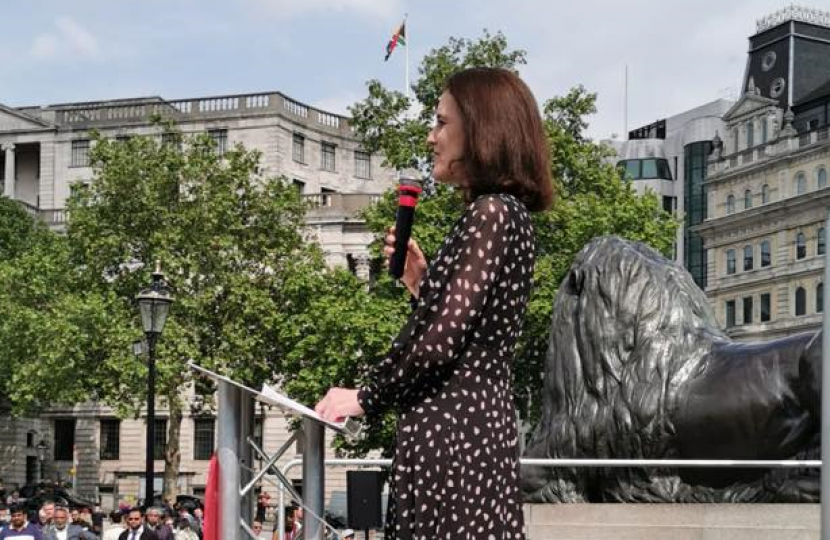 Theresa Villiers, MP for Chipping Barnet, and Matthew Offord, MP for Hendon, have written to Foreign Secretary, Dominic Raab, to ask him to raise concerns about curbs on media freedom by the Turkish Government.

In their letter, they highlight the case of journalist and academic, Emre Uslu, who has published a number of articles critical of President Erdogan’s administration, including revealing contacts between his government and the terrorist groups Al Qaeda and Daesh.

Mr Uslu is one of a number of journalists and bloggers that have been subject to unjustified criminal charges in Turkey. The authorities there then use these bogus allegations to seek extradition through foreign courts. In Mr Uslu’s case, this was in Washington, but there is evidence of this happening in the UK courts too.

Setting out her serious concerns on this matter, Theresa Villiers said: “There is worrying evidence that Turkey is using its criminal justice system, its intelligence agencies, and its extradition agreements with the UK and other countries as part of a systematic campaign to silence dissenting voices. 161 journalists are currently in prison in Turkey. This makes Turkey the world’s leading jailer of journalists.”

Matthew Offord MP said “Dragging journalists through the courts is making people afraid to speak out when they disagree with the Turkish government. We are asking the Foreign Secretary to raise the importance of media freedom with his Turkish counterpart. We hope that these issues can also be highlighted by the UK Government in international fora such as the UN.”

The letter from the two Barnet MPs points out that Media Freedom Representative of the Organisation for Security and Cooperation in Europe, Harlem Desir, recently condemned the prison sentences given in Turkey to journalists Özgür Boğatekin and Metin Uca.

Reports indicate that one of the charges in Mr Uca’s case was based on a tweet which was found by the court to be “insulting a commissioned officer due to their duty”. Mr Desir urged the Turkish authorities to refrain from punishing journalists for their professional activities.

Ms Villiers and Mr Offord are urging the Government to review the terms of its agreements with Turkey on extradition. They argue that the current approach which prevents the UK courts from looking at the merits of the case against the accused, and confines their consideration to procedural irregularities, can no longer be justified.

The UK’s current arrangements give Turkey the same trust as is given to EU Member States. Recent cases show that same degree of confidence should not be afforded to the Turkish legal system given its increasingly harsh treatment of journalists and bloggers.