Stop the ULEZ expansion - tell the Mayor your views TODAY! 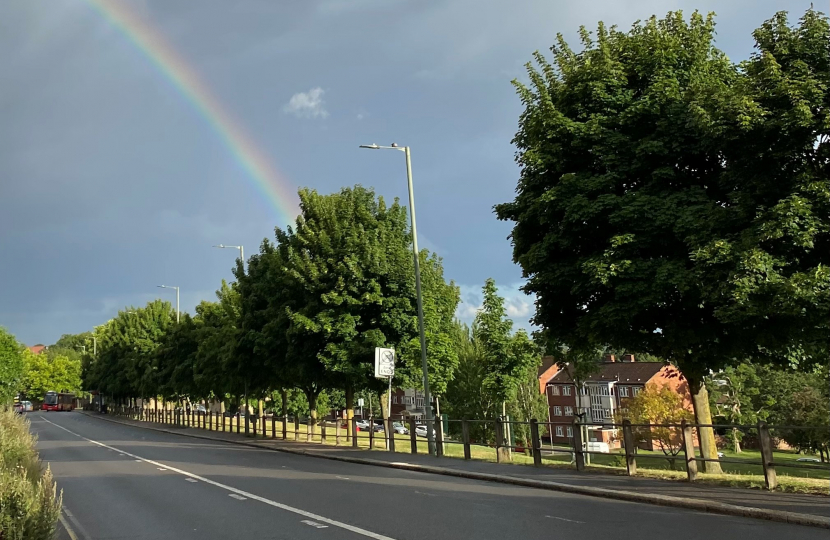 Theresa has submitted her strong opposition to the plan which would put the whole of Greater London in the zone from August 2023.

The consultation ends tomorrow and can be found at this link: https://haveyoursay.tfl.gov.uk/cleanair

The former Cabinet Minister said the £12.50 per day charge was the wrong scheme at the wrong time as people struggle with the cost of living.

She has also organised a petition for people to sign if they oppose the expansion.

“I agree that we need to tackle pollution in London, but further expansion of the ULEZ is not the right way to do this,” Theresa said.

“Instead, the Mayor should invest in cleaning up the Transport for London (TfL) bus fleet and take a more targeted approach towards London’s pollution hot spots. Introducing more ultra-low emission buses, so public transport plays its part in cleaning up air quality, is a more effective approach than placing all the burdens on car and van drivers. I would highlight that the Government has provided the mayor with substantial funds for reducing emissions from buses in the capital.”

Theresa said that many constituents, particularly the elderly and young families dependent on cars, had contacted her worried about the proposed expansion.

“Small businesses reliant on van transport will be especially badly hit,” she explained. “For businesses transporting goods and equipment, public transport simply is not a viable option.

“The people who will be most negatively affected by the Mayor’s plans are those who can ill afford to either replace their vehicles or pay an additional £12.50 per day to drive into London.

“I believe that imposing new charges on my constituents at a time of such serious cost living pressure is not acceptable.”

She also said there was insufficient data to show ULEZ would have a material effect on improving air quality.

“Air quality levels vary considerably across London, with the problems tending to be more serious in inner London. The Mayor’s own reports indicate that the ULEZ expansion into the suburbs will deliver only a minimal improvement in air quality.

“This proposal extends punitive charging to suburban areas where air quality problems may not be as serious as elsewhere in London and where the public transport alternatives to driving are more limited.

"I appeal to all my constituents to tell the Mayor their view on his new charges on driving; so together we can stop the ULEZ expansion from going ahead."