Stop plans to double the size of NLBP! 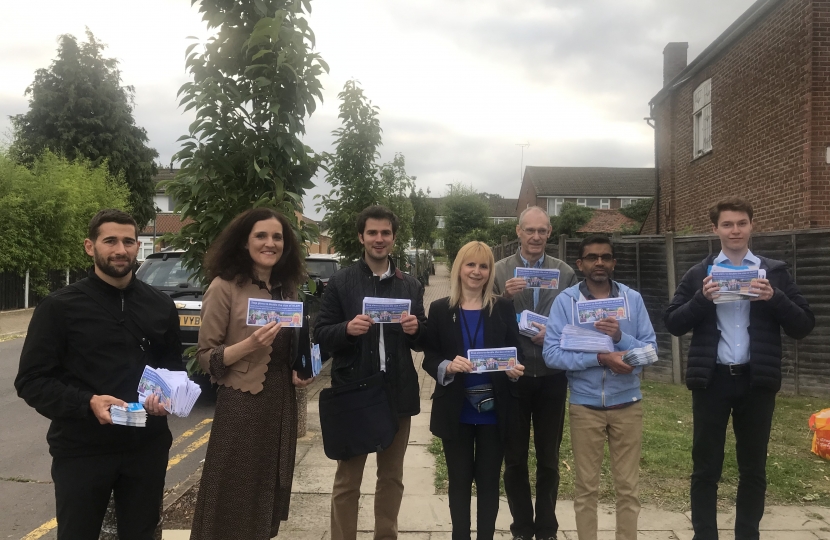 Alongside Brunswick Park Conservative ward councillors, Roberto Weeden Sanz and Lisa Rutter, Theresa Villiers is campaigning against the new planning application submitted by Comer Homes for North London Business Park. This would add nearly 1100 flats to the residential development there.

Theresa and the two councillors have issued an update to residents asking them to send in objections to the latest Comer Homes proposal and explaining how this can be done. They want as many local people as possible to take part in the planning consultation process. This message is going out in leaflets through doors and on social media channels.

Update on the campaign against overdevelopment in the North London Business Park from Theresa Villiers MP, Cllr Roberto Weeden Sanz and Cllr Lisa Rutter - Why we are opposing the scheme...

Comer Homes want to build 2,428 units in tower blocks of up to 13 storeys on the North London Business Park. This would be an 80% increase in the size of scheme which they were given permission to build by the Planning Inspectorate last year.

We have been fighting against the Comer Homes' plans since they first proposed cramming over a thousand flats on the site. We were greatly disappointed when the Planning Inspectorate recommended the previous scheme for approval.

We are strongly opposed to these plans to double the size of the development which will cause havoc in our community and which are totally inappropriate for a suburban, low-rise neighbourhood.

We need your help to stop this massive overdevelopment of the Business Park. So please send your objections to the planning committee of Barnet Council as soon as possible!

How to make your voice heard

If you oppose the plans for tower blocks of flats at the North London Business Park, there are three ways you can have your say and submit an objection:

You may wish to refer to the following points on some of the planning law reasons why the development should be rejected:

Please send in your objections TODAY!