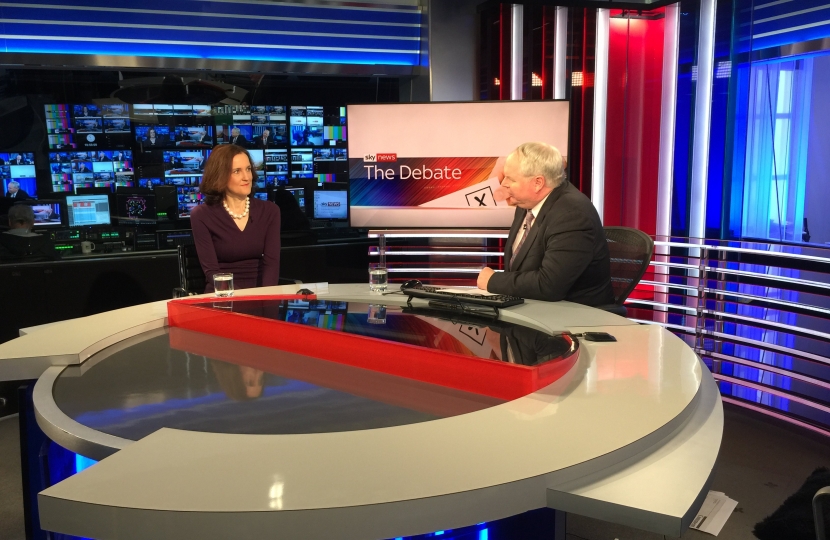 Theresa Villiers, MP for Chipping Barnet, has issued the following statement on the draft EU Withdrawal Agreement, setting out why she will vote against it.

"Having reflected carefully on the draft Withdrawal Agreement, I cannot support it and I will vote against it if it is put to the House of Commons.

I recognise the need for compromise as we settle a new relationship with our European neighbours. But what is proposed in the deal now under consideration does not respect the vote to leave and would not be in the best interests of the country. I therefore feel that I must vote against it.

The draft Withdrawal agreement would place us under a legal obligation to pay £38 billion to the EU without any certainty regarding our future trading relationship. The so-called ‘backstop’ would lock us into a customs union with the EU, and commit us to compliance with many single market rules, without being able to vote on them. Both of these commitments would significantly undermine our negotiating position with regard to our future economic relationship with the EU.

A further serious concern with the draft agreement is that it retains a substantial role for the European Court of Justice, meaning that we would not be fully regaining control of making our laws. The political declaration on the future trading relationship with the EU also envisages a significant continuing role for the ECJ.

There is still time for the Government to press the EU for a better outcome to the negotiations than the draft which is now on the table. But if the EU is unwilling to move on this, then we should be prepared to leave without an agreement. That is one of the reasons why effective ‘no deal’ preparation is crucial and I have been pressing the Government to step up its work on this in order to minimise any potential disruption and give people and businesses as much clarity as possible.

In tandem with preparing for the situation where we leave without a withdrawal agreement, the Government should continue to engage with the EU to try to secure a better deal. Even if we trade on WTO terms for a period, I would expect that to be only a temporary situation because it is in the interests of both sides that we conclude a free trade deal. Both before and after we leave on 29th March, we should continue to work towards the goal of a wide-ranging free trade agreement with the EU based on the Canada model.

In conclusion, there can be no doubt that Brexit has sharply divided both the constituency and the country. I fully appreciate the importance of trying to bridge the divisions which have emerged. I will be listening to my constituents regarding these matters, whichever way they voted in the referendum.

Whatever the outcome of the negotiations, it will still be very much in the interests of both the UK and the EU to maintain an extensive trading relationship and to work together on matters of mutual interest such as security. I will continue to support efforts to deliver a pragmatic outcome on Brexit and a workable new relationship with our European neighbours based on trade and cooperation."