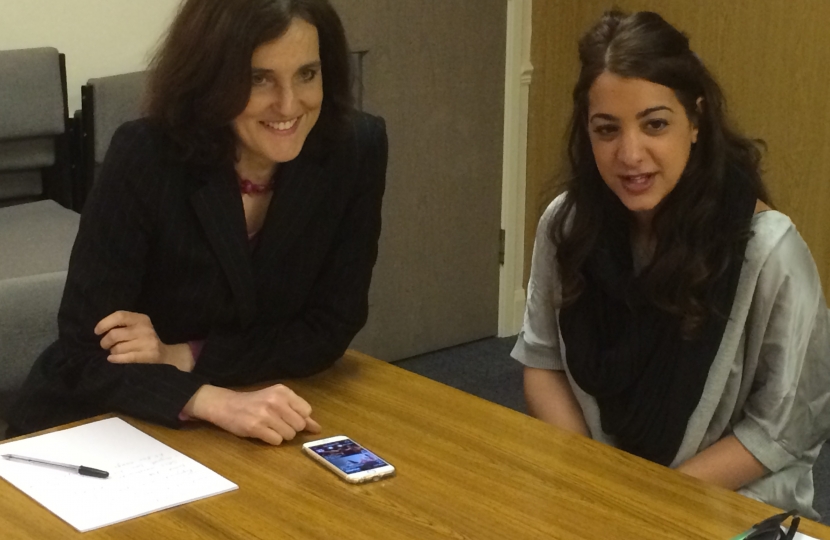 Chipping Barnet MP Theresa Villiers has praised the Government-owned British Business Bank after it announced its 75,000th Start Up Loan to help entrepreneurs.

The figure means that more than £623 million has been invested in small businesses across the UK since the launch of the scheme in 2012.

Of those who have received the loans across the UK, 40 per cent were women, one in five came from Black, Asian and Minority Ethnic communities (BAME), and one third were unemployed.

“The Start Up Loan scheme has been a resounding success here in Barnet, in London and across the UK and it has helped establish businesses, allowed them to grow, employ workers and pay the taxes that pay for our public services,” said Theresa.

“It has also allowed a wide range of people to become business owners and given people jobs the opportunity to make a success of their ideas when they may have struggled to gain access to cash from traditional lenders."

The Start Up loans are in addition to support to small businesses during the COVID pandemic.

In the Chipping Barnet constituency, nearly £20 million has been given out through the Self-Employed Income Support Scheme, £13.64 million of grants has been handed out to small businesses, and several thousand have benefited from the furlough.

Theresa added: “The extra support during the pandemic has also played a major role in keeping many businesses alive. I hope that they will start to recover as we rebuild our economy after Covid."

Theresa has taken an interest in the Start Up Loan scheme for some years, meeting constituents who have received loans under the programme.