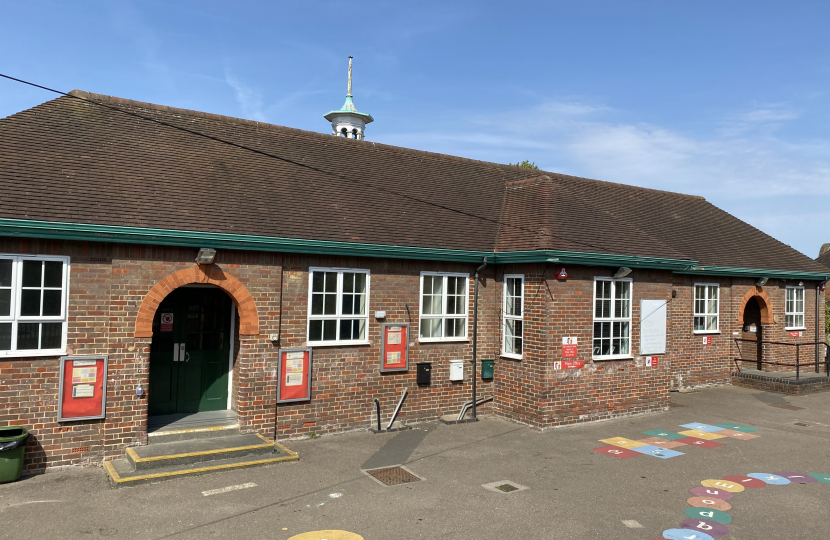 Chipping Barnet MP Theresa Villiers has welcomed the news that Grasvenor Avenue Infants School site will remain in educational use after she asked for it not to be sold to developers.

Barnet Council confirmed this week it will be repurposed to provide satellite accommodation for Northway Special School.

Grasvenor will close at the end of this term. However, work has already started to make the site ready for Northway staff and students, in time for the start of the next academic year in September.

“I am relieved that an new important educational use has been found for this site,” said Theresa.

“When I was briefed by the Department for Education last year that closure was being considered because of falling pupil numbers, I emphasised the importance of engaging with local parents before a final decision was made. I also said that if the school was closed, it was vital to retain the buildings for educational use, not selling them off for flats.

“While it is sad that Grasvenor School is closing, it is good news that the school buildings will be providing new expanded facilities for children with special educational needs and disabilities. I was determined that the site should not be lost to yet more blocks of flats."

“I am sure Northway students and staff will really benefit from the facilities on their new site. I hope to visit as soon as they are settled in.”