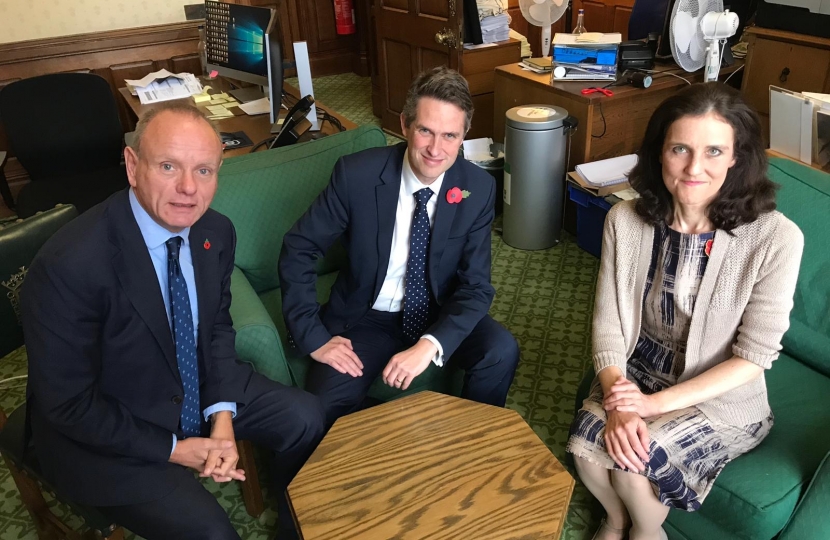 MP Theresa Villiers has proposed a cross-party campaign so that maintained nursery schools in Barnet and elsewhere receive funding in the forthcoming Government Spending Review.

The move is part of Theresa's campaign to help three maintained nursery schools in Barnet, which are excluded from funding, to receive it as a matter of urgency.

Brookhill, Hampden Way and St Margaret’s are part of the Barnet Early Years Alliance. Along with Moss Hall in North Finchley, are all affected by the funding crisis which has hit maintained nursery schools across the country since the rules on allocation of early years funding changed four years ago.

“These nurseries are an important part of Barnet’s education provision and it is manifestly unfair they are being treated in this way, especially when their costs are higher than private sector early years providers because they employ trained teachers," Theresa explained.

“The expectation that a new role and a new stream of funding would be found for these has never materialised, which is bad enough, but the situation is even worse in Barnet than elsewhere. It is one of just a handful of local authority areas where maintained schools haven’t even received supplementary funding which the Government has awarded to schools elsewhere. This is leading to severe financial pressure on BEYA schools.

“I met with the Education Secretary Gavin Williamson late last year, with my colleague Mike Freer, and he assured me he would find a solution to put these schools on a firmer financial footing. I will keep up the pressure for this commitment to be honoured.

The APPG will now press the Chancellor to include a settlement for maintained nursery schools in the forthcoming Spending Review which will put them on a sustainable financial footing for the future. Theresa is also writing to Conservative MPs with these types of nursery schools in their constituencies to seek support for efforts to lobby Chancellor Rishi Sunak. She is also expected to become a vice-chair of the Group APPG for Nursery Schools, Nursery & Reception Classes at its next meeting.