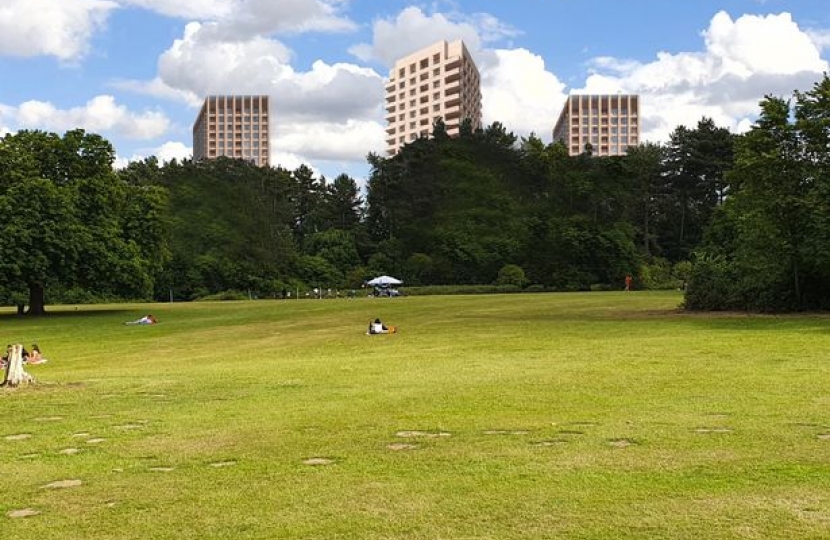 Theresa Villiers has issued a call to action to constituents asking for their help to save our station car parks. The Mayor of London and TfL have proposed building over many suburban tube car parks including High Barnet, Cockfosters, Arnos Grove and Finchley Central. A planning application has just been submitted to build four tower blocks over the car park at Cockfoster tube station.

Theresa is contacting thousands of her constituents to urge them to get involved and have their say before the consultation on the planning application closes on 2nd August.

She is sending the following information on how to object:

Call to action from Theresa Villiers MP - Save Cockfosters!

Transport for London want to build tower blocks there of up to 14 storeys. This would amount to a massive urbanisation of the area, changing its character forever. Cramming 351 flats into the site, with no parking provided for new residents, would leave neighbouring streets packed with overspill parking.

TfL’s plans would also mean the loss of a vitally important park-and-ride facility at the end of the Piccadilly Line. This will deter people from using public transport. Residents with impaired mobility will be especially hard hit because cycling and walking alternatives may not be viable for them. Women worried about their security would also lose out if they can no longer leave their cars at the station, particularly if they do shift work.

Whilst the development is over the borough boundary in Enfield, I know that many of my constituents would be negatively affected by what TfL want to do. I am campaigning against these plans and I would encourage you to oppose them as well.

The deadline for making your voice heard is Wednesday 11th August. Please send your objections to Enfield Council TODAY! Details of how to do this are set out below.

All the best
Theresa

You can send in your views in one of three ways:

Key reasons for objecting to the application

Objections have the greatest impact if they are individually written by members of the public, but when you submitting your views, you may wish to refer to the following points on some of the strongest reasons in planning law why the development should be rejected

Further information can be found on the Save Cockfosters campaign website here.

Remember the deadline for objecting to this planning application is Wednesday 11th August. So you only have a few more days to have your say. Please send your objections to Enfield Council TODAY!