Rally to protest against human rights abuses in Iran 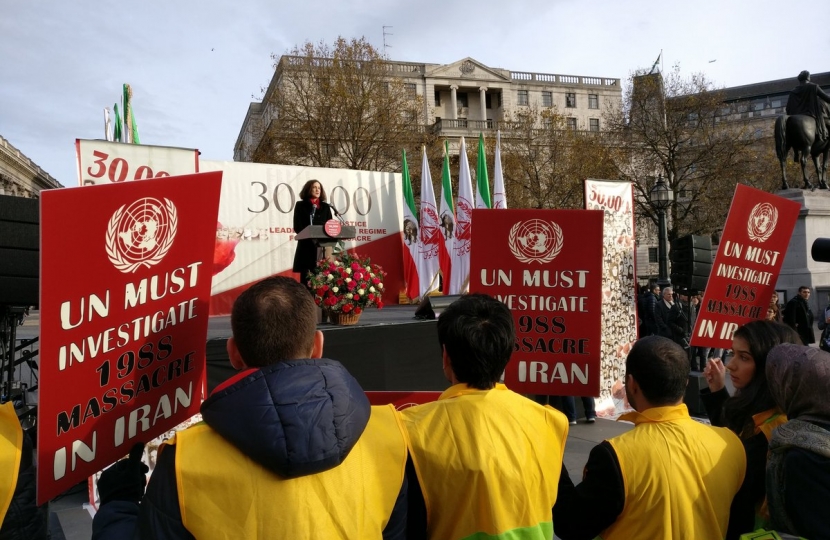 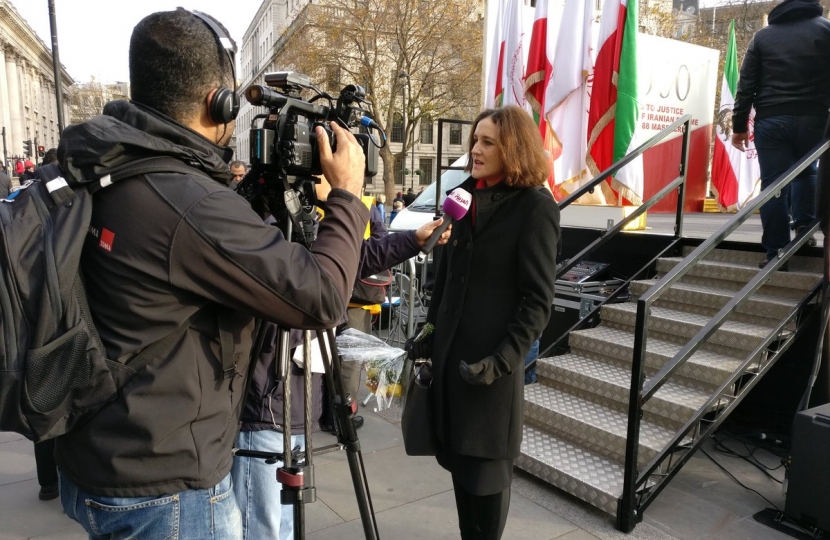 Theresa Villiers, MP for Chipping Barnet, joined several hundred people at a rally in Trafalgar Square on Saturday to protest against human rights violations in Iran.

Ms Villiers had been invited to the rally by her constituent, Joseph Nick Sear, whose wife was killed in the 1988 mass executions in Iran. She made a short speech to the rally expressing her support for the campaign for justice for people facing oppression and arbitrary arrest in Iran.

Speaking afterwards, Ms Villiers said: “It is deeply shocking that Iran executes so many people, including children. I have been horrified by what I have heard is happening there.”

“Many civil society activists and journalists have been imprisoned. It is also clear that minorities in Iran such as Christians are subject to oppression and discrimination, and that the Baha’i community is also being threatened and intimidated.”

“Women are subject to severe curbs on their freedom and LGBT people can potentially face the death penalty.”

“I am deeply concerned that those responsible for the 1988 massacre have not been brought to justice and I believe it is important for the UK Government to use all diplomatic means to press for reform and an end to human rights abuses in Iran.”

Theresa Villiers recently joined the Parliamentary Committee on Iran Freedom and spoke at their conference in Westminster last week, chaired by the Rt Revd John Pritchard, former Bishop of Oxford. A number of peers and MPs took part.

Ms Villiers is contacting the Foreign Secretary to raise the cases of three British citizens who have been imprisoned in Evin prison in Iran. She is urging Boris to press the Iranian authorities for the release of:

- 77 year old Kamal Foroughi, held for over 5 and a half years and deprived of urgent cataracts surgery needed to avoid going blind;
- 37 year old Nazanin Zaghari-Ratcliffe, held since April 2016; her 2 year old daughter Gabriella has had her UK passport confiscated by the Iranian authorities;
- 50 year old Roya Nobakht, held for over 3 years.