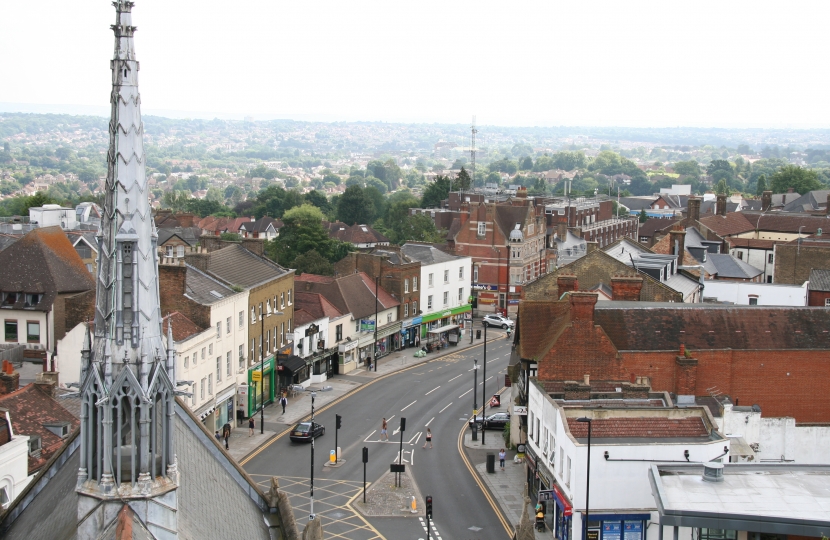 Barnet Council's officers had decided to bring in a temporary ban on vehicles from 24th August. But Theresa called on councillors to stop the proposal because it would deter shoppers from visiting and harm businesses already struggling because of Covid. Just over 24 hours after the news of the closure idea became public, the decision was reversed.

“I am really grateful to councillors for listening to my representations, along with those of many other residents who have been in touch to say they want their high street to stay open,” said Theresa.

“I want to thank them for acting swiftly, and taking on board public opposition to the closure. This is a sensible response to the views of local people. Out talking to traders today, they all said to me that it was a big relief that pedestrianisation would not happen.”

“I accept that we need innovative thinking to keep our high street safe, welcoming and successful, but I am not convinced that pedestrianisation is the right way forward.”

The Chipping Barnet MP explained she was concerned about traffic congestion in addition to fears visitors would stay away.

“I was worried about the traffic congestion that would be generated at the Wood Street roundabout, and in neighbouring roads such as Stapylton Road, Alston Road and The Avenue,” she said.

“I also felt that the impact of this congestion on ambulances travelling to Barnet Hospital had not been fully assessed.”

Theresa added she would continue to work enthusiastically with the Council, traders and constituents to support local town centres in High Barnet and elsewhere in the constituency.